A Catalan Feast: What to Eat at Easter in Barcelona! 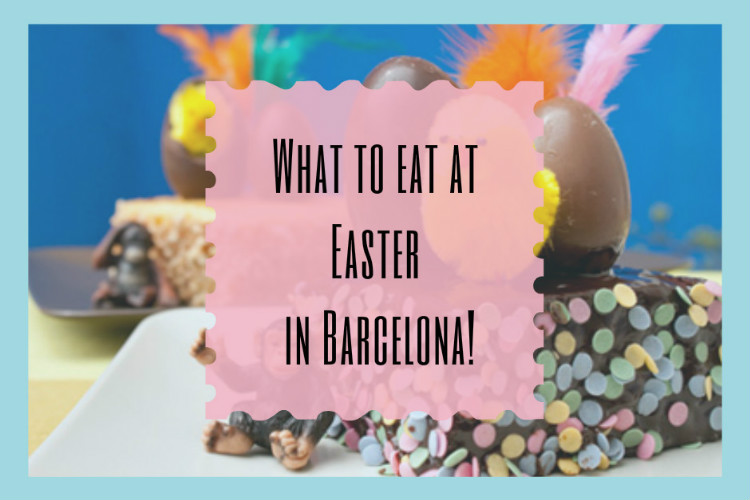 Easter week is a time for fun and good food. If you are spending this holiday in Barcelona, you are likely going to want to embrace and try new traditions, such as specific traditional foods. Similarly to Christmas tradition, meat is typically not consumed during Semana Santa. To help you make the most out of your first Easter week in Barcelona, we have laid out some of the most delicious traditional dishes and sweets you should try this year!

Samfaina is one of the basic preparations typical to Catalan and is used to accompany different dishes of meat or first. Samfaina is a relative of the Provencal ratatouille, the Hungarian lescó, the Basque piaperrada, and the Spanish pisto. The base of the dish is tomato, pepper, eggplants, and some other vegetables. The cod, or other fish, is cooked in this juicy and light sauce. This is one of the most popular dishes for this celebration. 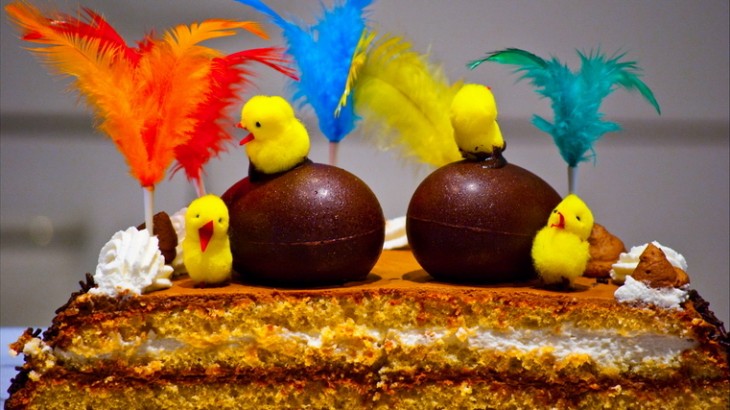 La Mona de Pascua is a traditional Easter cake that symbolizes the end of the Lent and the egg on the cake is a symbol for the principle of life. Today there are many variations of this round cake. In the fifteenth century the word “mona” originated from the Arabic word “munna”, which means gift or offering. The most traditional cake is a brioche recipe, which originally did not have chocolate. Part of the tradition says that a monkey must carry as many eggs as a child receives. Most cakes consist of bread or sweet brioche dough, rounded with butter, yolk, candied fruit, and topped with hard-boiled eggs. It is then decorated with chocolate eggs, cartoon characters, chicks, or famous football players.

This is a traditional pastry that is very popular during Easter week. Pestiños are flakey and delicate Spanish cookies that originate from Andalucía, in southern Spain. They are round pieces of deep fried dough in olive oil. Normally the dough is flavored with sesame and its form varies from region to region. The dough is then glazed with sugar and honey. It is also typically served around Christmas time too! 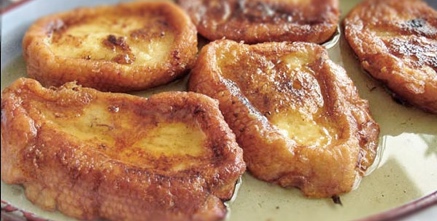 A scrumptious treat that has recipes dating back to the 1600s, torrijas is something you will like if you love French toast. Thick pieces of bread are soaked in a mixture of milk and eggs. Similarly to pestiños, they bread is then fried in olive oil and served with honey and sugar.

This is Spanish meat pie typically eaten in Salamanca and Ávila, but can also be found in other parts of Spain. It is made with yeast and flour and stuffed with pork loin, hard-boiled eggs, and chorizo sausage. In some parts of Spain a bollo de hornazo is a sweet and dry bread that is decorated with hard boiled eggs. It is a tradition around Easter because long ago eggs were considered a sort of meat, and were therefore prohibited during lent. So at the end of Lent there were a lot eggs left over and they were preserved by hard-boiling them and then used in dishes such as this one.

In English sopa de ajo is garlic soup. In Spanish cuisine it is a traditional soup made with egg poached in chicken broth and laced with garlic and sherry. Sometimes even the egg whites are whipped into the soup. It is also typically served in Castellana and Leon mainly containing water, broth, or stale bread, paprika, laurel, garlic, olive oil, and poached egg. There are many variants depending on the class of the family and tastes of the cook. Its texture and composition often reminds people of the aesthetics and sobriety of this time. You can even eat in any time of the day, but in Zamora it is usually eaten as a breakfast after the night processions.

Everything You Need Pack for a Trip to Morocco!

How to Obtain a Social Security Number in Barcelona

May in Barcelona: What’s The Word?

Thanks for this article