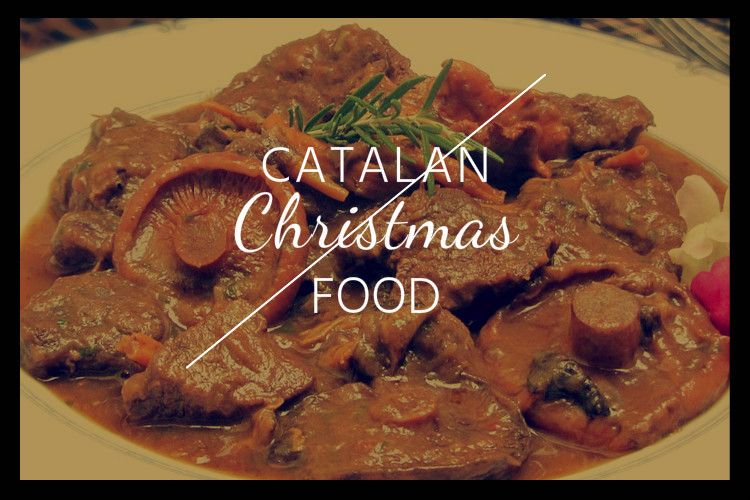 Christmas is a time for tradition, family, sharing and good vibes! If you’re spending the holiday season in Barcelona this year, there’s no doubt you’ll want to share some typical traditions from your home with your new international family, but you’ll also want to embrace some of Catalonia’s treasured Christmas traditions too! The heart of a culture lies in its food and that’s why we’ve laid out some of Catalonia’s most delicious recipes for you and your friends to enjoy during Nadal (Catalan for Christmas)!

It ain’t Christmas without a warm, rich, filling roast at the centre of the table! This is your basic slow roasted chicken dish, with a special Catalan twist. It has been considered a typical feast recipe in Catalonia since 18th century, often enjoyed by the upper class of the region at the time. The meat is cooked slowly in the oven with onions, plums, garlic, cinnamon and much more for about 2 hours! Check out In the Heat of The Kitchen’s recipe to make it yourself this year!

These rectangular, sweet pieces of goodness are a staple in all Spanish Christmas meals, not solely in Catalonia. The Torrons are a basic confection made with honey, nuts, egg and brittle and can be found at any and all bakeries during this time of year. You can dip them in caramel, in chocolate or nothing at all! If you’d like to test your skill in the kitchen, take a look at All Recipe’s step by step recipe for this delicious treat!

This dish is the star of the show, which might seem odd to those of us who are used to turkey taking the Christmas spotlight. However, this soup is the one thing that defines all Catalan Christmas feasts, mostly because it’s served in two stages. Similar to Cocido Madrileño, Excudella i Can d’olle is a slowly cooked meat soup. When finished cooking, the meat and vegetables are separated from the noodles and broth as served as separate dishes!

The Catalans love, and I mean love, their cannellonis! So much so, that they often serve it at their Christmas dinners. Unlike the typical Italian version that most of us know and love, the Catalans prefer to eat it without the tomato. The noodles are typically filled with chicken, beef or spinach and smothered in a béchamel sauce. Head over to Recetas Gratis to see the recipe for traditional Catalan Cannelloni!

If you haven’t seen these treats in the shops yet you surely will soon! They are crunchy, lightly flavoured with lemon and sometimes dipped in chocolate! It’s very rare that they are served alone – typically they are used to dip into cava (Spanish champagne) and served alongside Torrons! As much as we’ve love to encourage making these things yourself, it’s better to serve to the best of the best at your dinner table – which are from Vicens!

Directly translated as Veal Juice, this dish might sound a bit weird at first, but trust us – it’s delicious. It’s almost like another stew, often served with mushrooms or potatoes. The onions, wine, leeks and carrots all slowly simmer together for around an hour, while the veal and mushrooms are browned separately. In the last 10 minutes they are combined and cooked together for a few minutes. Make it yourself by checking out Recetas Canyelles recipe!