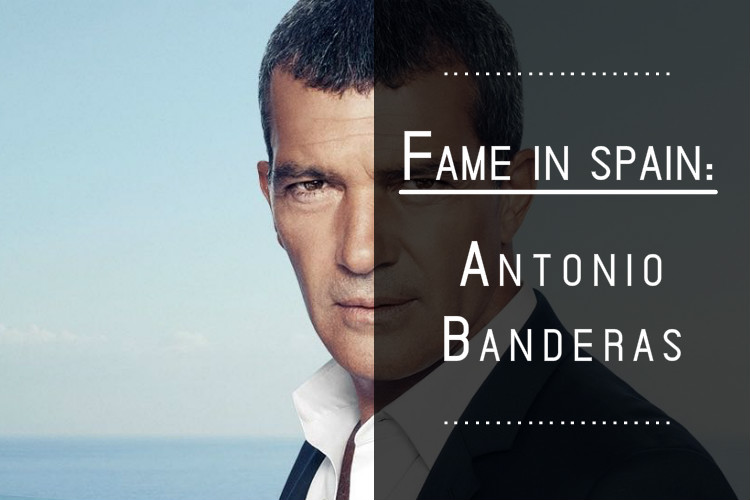 Antonio Banderas is one of the most famous Spanish actors in Hollywood today. He’s got one of, if not the most recognizable hispanic accents in the world, which can be heard in blockbusters like Shrek, Interview with a Vampire, The Mask of Zorro (and Legend of Zorro), Once Upon a Time in Mexico and many more! But he hasn’t just conquered the acting world, Antonio is also a distinguished director, producer and singer! As if that wasn’t enough, he is also a notorious heartthrob. May it be the sultry Spanish accent, being tall dark and handsome, or just his uber suave countenance. Which ever the reason, Antonio Banderas has become an A-list celeb in America, who represents his home country of Spain fabulously! 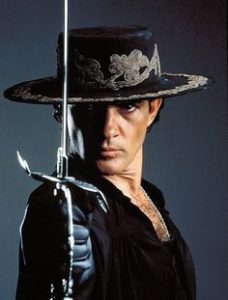 José Antonio Domínguez Bandera was born in Málaga, Spain in 1960 to a humble Andalusian family. His mother, Ana was a school teacher and his father, José was a police officer in the Spanish Civil Guard. He has a young brother named Juan and no sisters. Like all young Spanish boys, Antonio dreamed of becoming a professional footballer but his dream was cast aside when he injured his foot at the age of 16 and could no longer play at the intensity required to qualify for the major leagues. But he quickly discovered another passion in the preforming arts. In Málaga, he attended the ARA Theatre-School and the College of Dramatic Art until he was eventually recognized and earned a place in the Spanish National Theatre. In the 80’s Banderas rocked the world of Spanish film, preforming in over 10 films. He also played a part in the very important Spanish movement known simple as “La Movida” which began as a way to bring the arts back into the country after it was finally liberated from the Franco dictatorship. This work caught the eye of a little someone known as Madonna, who cast him in his first Hollywood role in Evita. Since then, he has starred in films with the likes of Tom Hanks, Johnny Depp, Brad Pitt, Sylvester Stallone, Anthony Hopkins and went on to direct, produce and even star in several Broadway Musicals!

Banderas was briefly married to Madrid born actress, Ana Leza from ’87-’96. But that marriage ended after he met Melanie Griffith with shooting a movie together. Only one month after finalizing his divorce with Leza, Antonio and Melanie married! Their relation was filled with love, and fame and the two were certainly Hollywood royalty – which they used to make impactful charity work throughout the years. However, in 2015 the pair divorced. Now, Antonio continues being a major name in Hollywood and he has also continued his philanthropic work around the world!