Spain is known as a country of passion. Passionate dancing, passionate food, passionate sports, passionate people and passionate art! Montserrat Caballé is one of the most famous women in opera and one of the many names on the list of exquisite Catalonian artists! Her international recognition and fame outside of the opera world did not rise until her historic performance with Freddie Mercury on Barcelona’s Monjuic Hill in 1987 (the song was later used in tribute to Mercury during the Barcelona Olympics), but her career has made an impression and paved the way for many new artists today! 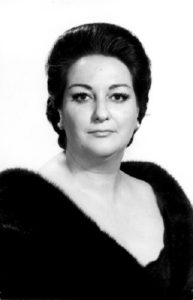 Montserrat was born in Barcelona in 1933 where she grew up and graduated with honours from the  Conservatori Superior de Música del Liceu! Montserrat spent a great deal of time in Switzerland when she was young – practicing and preforming various repertoire from the likes of Mozart and Richard Strauss. Unlike most Spanish singers of her time, she spent a lot of her youth singing Opera in German – which gave her a significant edge over many other performers of the time. Her career is extraordinary. She toured Mexico and the United States between 1962-1965. She became an international name at New York’s Carnegie Hall, where she took on a role with only 1 month to prepare and preformed it with such skill she received a 20 minute standing ovation from the crowd. She would later go on to join the Metropolitan opera, the Philadelphia Lyric Opera Company, the Lyric Opera of Chicago and the San Francisco Opera. Montserrat also has several notable performances in Italian works from composers like Verdi and Puccini!

Freddie Mercury was such a fan of opera and of Caballé that he often voiced that she was “the best in the world”. They worked together on the famous ballad Barcelona (above) and later they composed an entire opera-pop album together. This collaboration thrusted Montserrat into the world of pop, where her fan base grew to insurmountable numbers. Because of her impressionable charitable work, UNESCO has honoured her with the position of Goodwill Ambassador – a title which she has used to build a charity for underprivileged children in Barcelona. At 83 years old, Montserrat Caballé is still signing – and even touring through Europe throughout 2016!