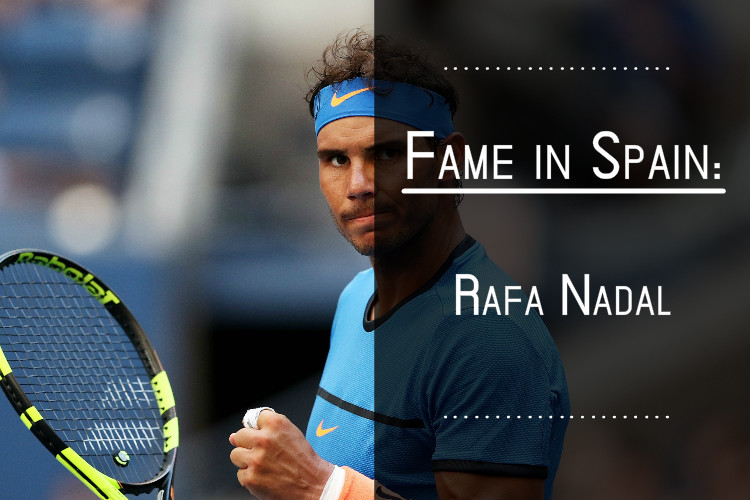 When it comes to sports in Spain, futbolistas usually take the main stage of most famous and important athletes in the country. But that hasn’t stopped the talented pro tennis player, Rafa Nadal from soaring above all of his Spanish counterparts in the sports world! Currently regarded as the best clay-court player in history, number 4 in the world for tennis in general, and highest paid Spanish athlete, Nadal truly is the epitome of athletic royalty! Rafa was born on the Spanish island of Mallorca, in a town called Manacor and found an interest in tennis almost immediately. He comes from a successful family of athletes. His uncles Miguel Ángel Nadal and Toni Nadal were both professionals in their time – Miguel for football and Toni for tennis. Growing up with these athletic role models encouraged Nadal to pick up both tennis and football at the age of 3. It didn’t take long for Rafa to start dominating on the tennis court – he won his first championship at the age of 8 and both the Spanish and European titles at the age of 12! By the time he was 14 he was scouted by the Spanish Tennis Federation and was asked to move to Barcelona to continue training. His family refused, placing education above the sport. This didn’t stop his career though, because just a few years later he would find himself at Wimbledon, with several wins under his belt already – including beating Roger Federer in a record breaking match. Nadal became a pro at the age of 15 and has been crushing the competition ever since! He’s won 14 Grand Slam titles, Olympic gold medals, 45 ATP World Tour titles and so much more! To get a comprehensive list of Rafael Nadal’s career statistics, click here

Nadal has a small family which he likes to keep pretty private. He has a younger sister named María Isabel who you can often find in the arena supporting her brother along with his parents Sebastián Nadal and Ana María Parera! Recently Nadal has been very candid about wanting to start a family with long-term girlfriend Maria Francisca Perello in the near future!

5 Things I Wish I Had Done Before Coming to Barcelona!

[…] Rafa Nadal is the best paid athlete from Spain.  This tennis player is the first one to appear in the list. Who is in the twenty-first position with a total of 37.5 million euros. Not far behind is the driver Fernando Alonso, with 36.5 million euros occupying the twenty-fourth place. […]