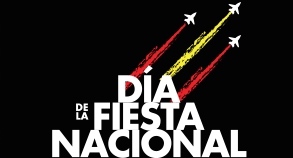 In 1492, Columbus sailed the ocean blue! Over here in Spain, he’s known as Cristobal Colon, the man who set sail to India and wound up landing in the Americas on October 12, 1492. To commemorate this world changing moment in history as well as observing a day of patriotism, Spain and several other countries worldwide celebrate on October 12. In Catalunya, it’s called the Festa Nacional d’Espanya (National Day of Spain)! Due to Catalunya’s unique relationship with Spain – politically, patriotically, culturally – the city of Barcelona doesn’t pull out too many stops to celebrate this national Spanish day of celebration. However, it is a civic holiday, so you can expect a day off and most of the shops in towns being closed! 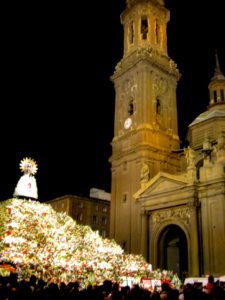 As mentioned above, this holiday is celebrated in several other countries around the world. In the United States it’s known as Columbus Day, Día de la Raza, Día de la Hispanidad, Día de las Culturas and Día de las Américas throughout Latin America! Those in Spain who aren’t too keen on celebrating the Day of Spain often turn to The Puente del Pilar, which is a religious festival based in the region of Aragon on October 12. The festival itself lasts for about week, and honours the Virgin Mary who once guided the city of Zaragoza to Christianity after being ruled by the Muslim Empire for hundreds of years. Pilar is truly a spectacle of traditional Spanish culture and if you have the time, you should head over to the small town during one of the two weekends of the festival! It take about 2.5 hours to get from Barcelona to Zaragoza by train.