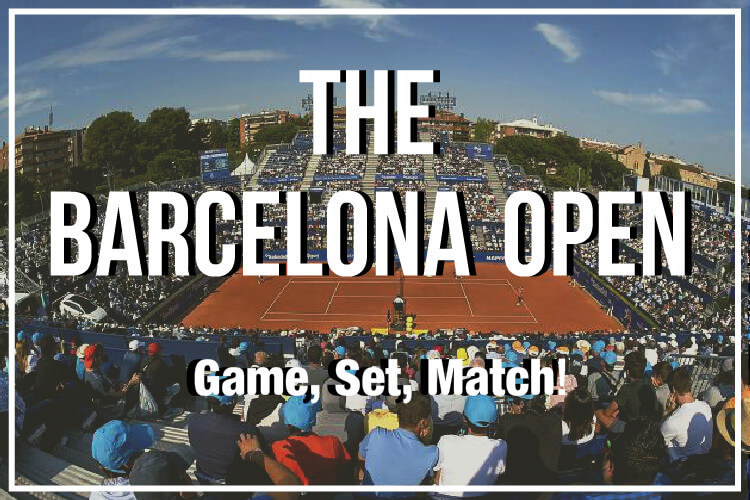 Spain’s second-most popular annual tennis tournament will take place this year from April 22nd – 30th.  The Barcelona Open Banc Sabadell (‘Trofeig Conde Godó’) is a tennis tournament for male professional players, held every year on the courts at the Real Club de Tenis Barcelona since 1953. The Barcelona Open is the oldest tournament in Spain, celebrating its 65th edition this year. The tournament is part of the ATP (Association of Tennis Professionals) World Tour 500 series. Every year, winners are awarded with over a million dollars in prizes. The original trophy given to the winner was designed in 1953, weighing 13 kilograms and made out of silver. Then in 2000, the trophy was redesigned with a larger wooden base, big enough to inscribe all of the names of past Barcelona Open champions. Today, the trophy is valued at around 36,000 euros. 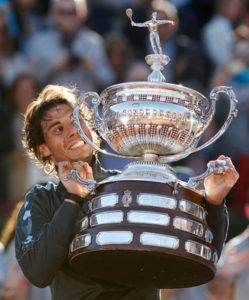 Apart from the tournament, there will also be an interactive entertainment area with different activities for tennis-lovers! There are still seats available for the event, but they are limited. You can either purchase an Event Pass for entire week-long tournament, or separate entry passes for each day. Remaining event passes can range from 200-400 euros, while single entry passes vary throughout the week. The prices increase as we get closer to the Finals. For example, tickets for the Qualifiers round (22/4) begin at 7 euros per person, and tickets for the SemiFinals (29/4) begin at 68 euros per person. All tickets can be purchased on the event website.

Stay in shape for less with Duet Fit!

Padel: A brief explanation of Spain’s most delightfully confusing sport

Hint of the Week: Barcelona Marathon 2017