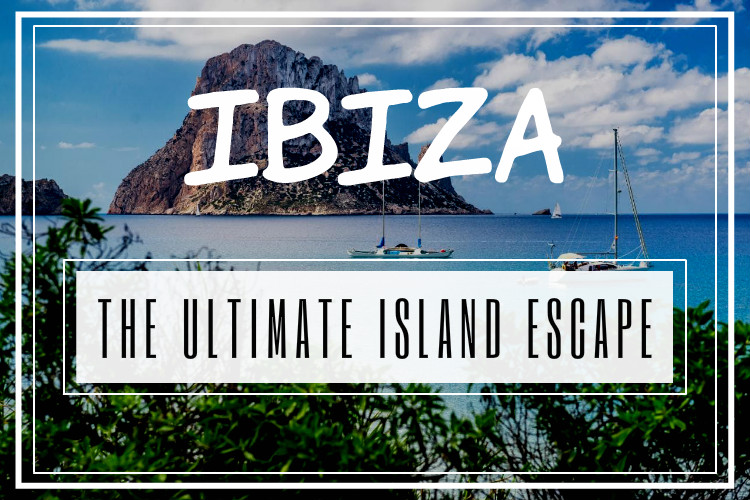 One hundred and fifty kilometers east of the Valencian shore lies a legendary island where Mike Posner took a pill to show Avicii he was cool. Every year, tourists and party enthusiasts from all over the world travel to the small Spanish island to live life to the fullest. This internationally popular destination point attracts approximately 2.8 million tourists each year, but putting the awesome nightlife and electronic music aside, it is also an island full of jaw dropping views and some of Mother Nature’s best work. 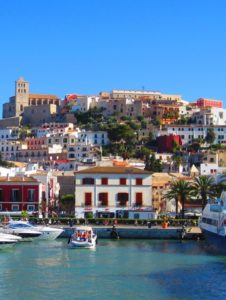 Ibiza is the third largest island in the Balearic Island chain, located in the Mediterranean Sea. From one end to the other, the island reaches only 40 kilometers in length. While most think of Ibiza as a vacation spot, it is actually home to over 130,000 residents. More than 50% of these residents are Ibiza natives, with around 35% being Spaniards who have migrated from mainland Spain. The remaining chunk consists of foreigners from all over the world. Since Ibiza is off the coast of the Catalan-speaking regions in Spain, you will also hear people speaking Catalan on the island. The official languages spoken in Ibiza are Spanish and a native dialect of Catalan, called Eivissenc. Because of the extensive tourism that takes place, other languages such as English, German, French, and Italian are common as well.

Nightlife is what most people think of when they hear the word ‘Ibiza’. The island opened its doors to international tourists in the 1950s, but the party culture was not officially born until the 1960s when hippies took over the social scene, bringing drugs and skinny dipping to the beaches. At this time, there were mostly bars on the island and very little clubs. When the 70s came around, nightclubs took over and Ibiza became the island that we know today. Some of the first nightclubs ever established in Ibiza are actually still in business, like Amnesia, Es Paradís, Pacha, and Privilege (formerly known as Ku Club). The Guinness Book of Records has even named Privilege the “world’s largest nightclub”. 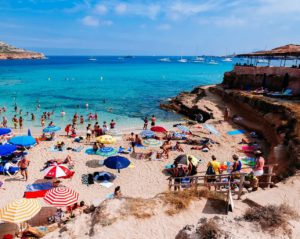 Despite Ibiza’s successful reputation when it comes to nightlife and parties, its local government has been trying to promote a more relaxed and family-friendly tourism scene. In order to do so, several regulations have been established over the years, like requiring all nightclubs to be closed by 6 a.m. In 2007, the government passed a law that requires every single hotel on the island to be 5-star, so you definitely won’t find any cheap hostels.

Ibiza is truly a place like no other. Not only is there a gorgeous environment with crystal blue waters and rich vegetation, but it also gets an A for safety. The Ibiza tourism board stated that there are no threatening or aggressive species living on the island, so you never have to worry about running into dangerous wild animals or dying from a spider bite. Ibiza has also been classified as the number one place to be during the apocalypse. In the 15th century, Nostradamus predicted that the island will be the final refuge on Earth, and if there’s ever a nuclear disaster, the constant winds surrounding the island will make it possibly the only place capable of sustaining life. So basically, if you want to live, buy your ticket to Ibiza.

Interested in heading to Ibiza? Citylife has got you covered! We head over to this amazing island several times a year to enjoy the beach and take part in some of the amazing parties and festivals happening there! Join us and keep up-to-date on all our upcoming trips by heading over to our official trips webpage!