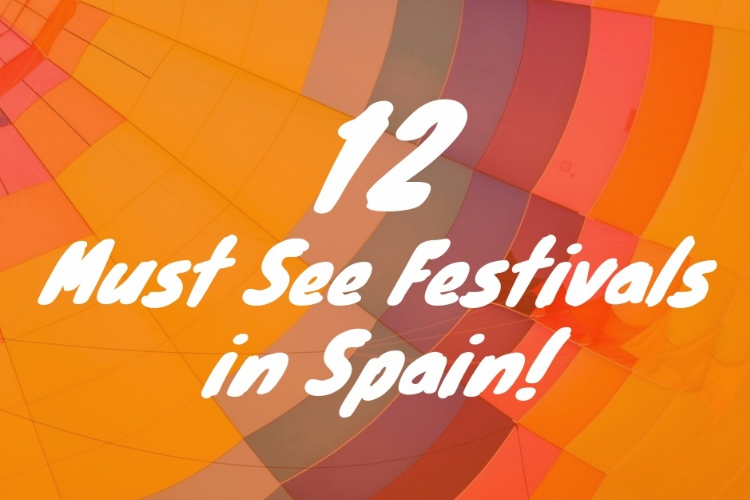 One of the most admirable things about Spanish people, in my opinion, is their commitment to a good party. Throughout the year there are a ton of festivals all over the country. Though their origins are often religious, a party is a party, and most of them can get pretty crazy. Here’s your month-by-month guide to some of Spain’s most unmissable fiestas. 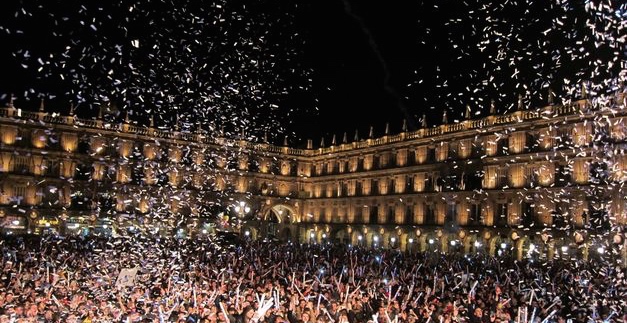 Invented by university students who wanted to celebrate New Years Eve with their friends before going home for the winter holiday, this festival is held on the last Thursday before term ends in December. Over the years its popularity has skyrocketed, and now people from all around Spain gather in Salamanca’s beautiful Plaza Mayor to drink, dance, and celebrate. 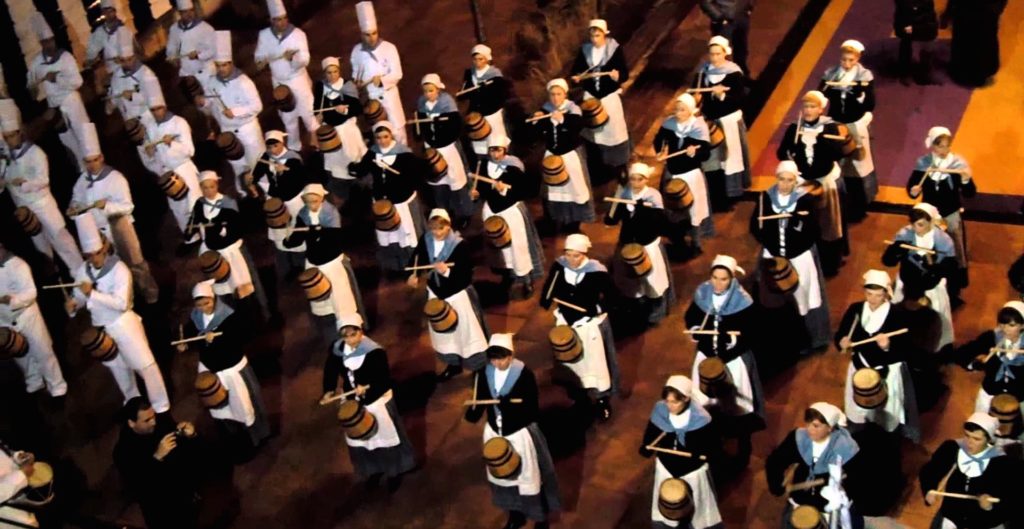 This raucous festival celebrates San Sebastian’s history and long-standing tradition of “gourmet clubs.” People take to the streets all night long, drinking wine and eating and watching drummer groups parade through the city. Don’t expect to get a lot of sleep, because the festivities don’t stop till sunrise. 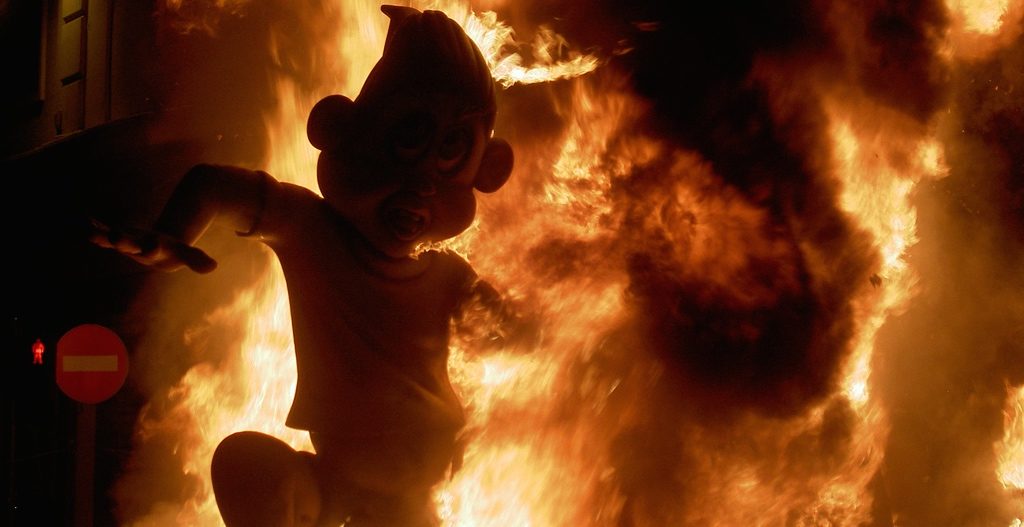 Las Fallas is one of Spain’s best-known festivals, and involves days of parades, drinking and dancing in the streets, fireworks, and the ceremonial burning of enormous wooden structures. If you only make it to one festival all year this should be it. 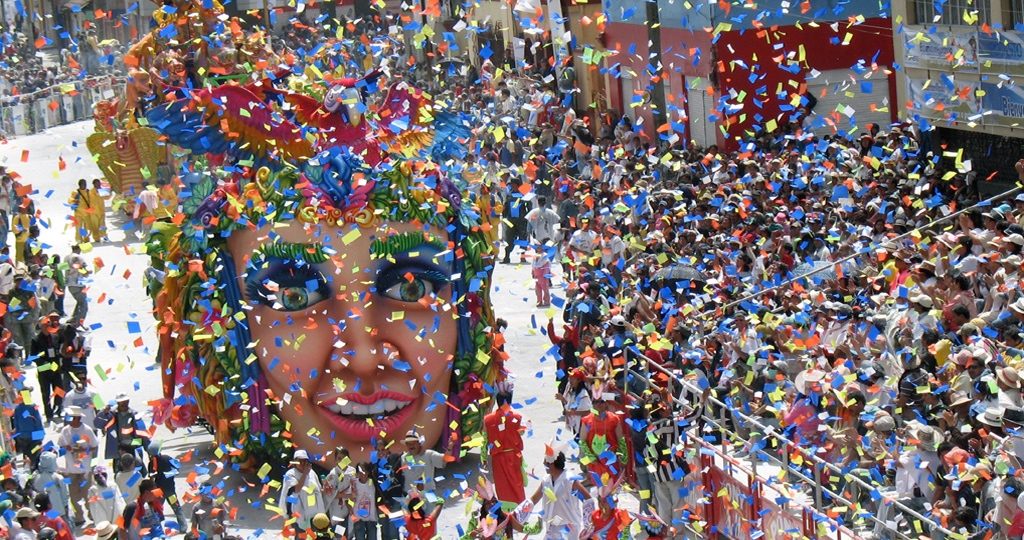 The most famous Carnival takes place in Rio de Janeiro but the Spanish version in Cadiz gives Brazil a run for its money. Traditionally meant to mark the beginning of Lent, Carnival has become one of the most famous parties in the world, featuring crazy ornate costumes, sprawling street parties, and circus-themed events. 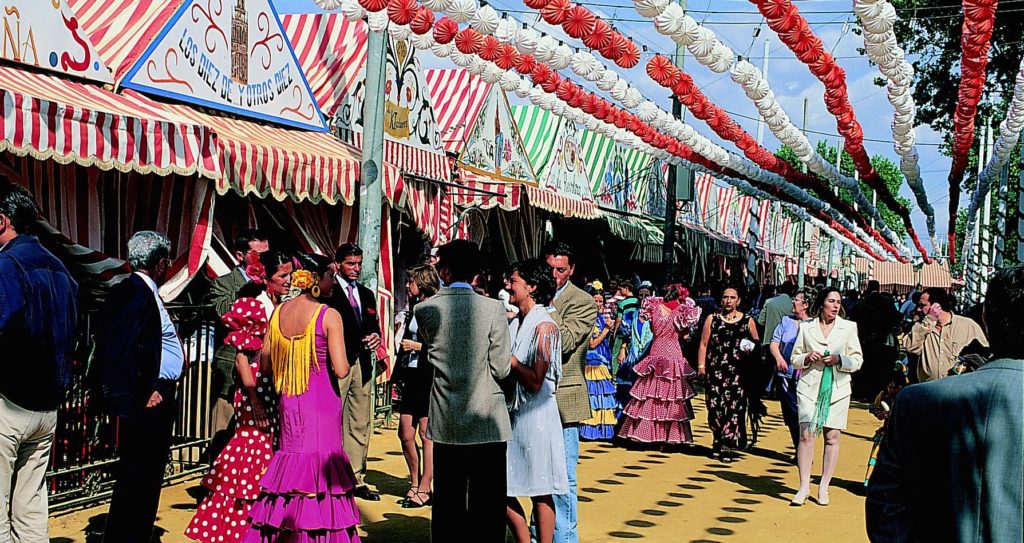 Spring in Sevilla is a beautiful time; what better way to celebrate it than with a week-long festival including food carts with regional specialties, drinks, music, and dancing? This feria got its start as a trade fair in the 19th century but eventually grew into a huge event attracting over 1 million people from around the world! 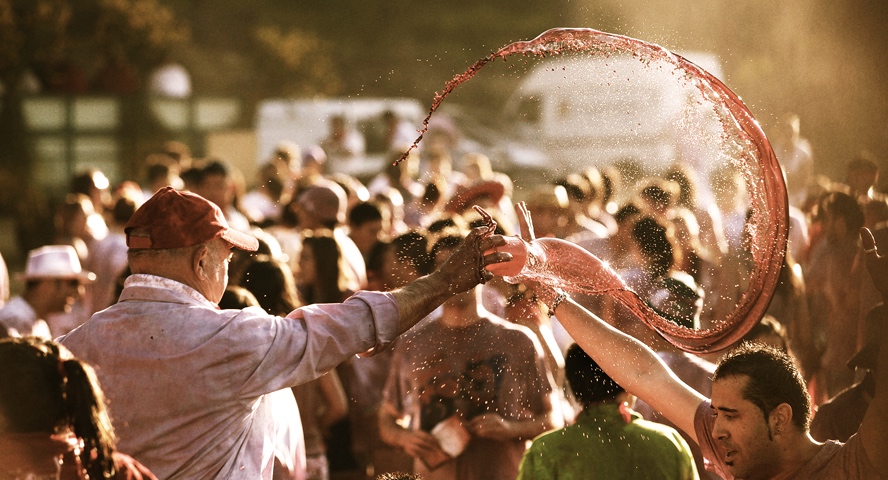 Haro, a sleepy town tucked into the northern corner of vineyard-dotted La Rioja, kicks off every summer with a unique celebration. Not unlike Buñol’s famous Tomatina, the main event of this fiesta is a huge wine fight! 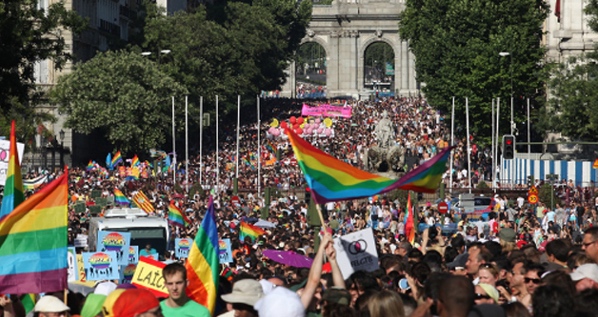 Pride has become a celebrated event all over the world, but Madrid’s festivities in particular stand out. The streets overflow with people dancing and drinking in the streets celebrating love and equality.

Second Week of July: San Fermin & the Running of the Bulls (Pamplona) 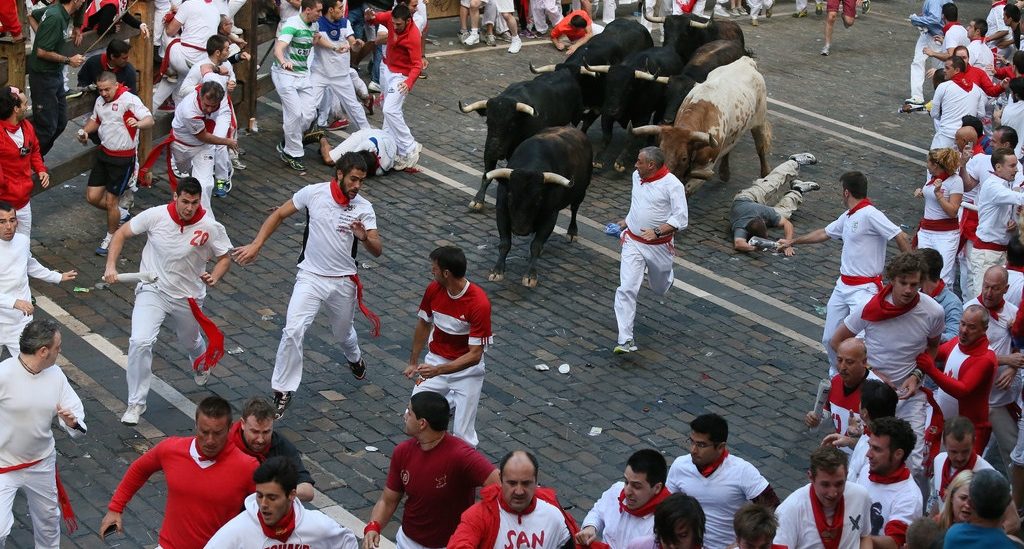 Probably the most famous festival in Spain, the Running of the Bulls is a long-standing Spanish tradition. The festival is in honor of the beheading (and thus martyring) of Saint Fermin. Starting at 8:00am, huge numbers of brave souls risk their lives to run through the city accompanied by 7 large angry bulls. The goal, incredibly, is to touch as many of the bulls as possible. The festival wraps up with bull fights. 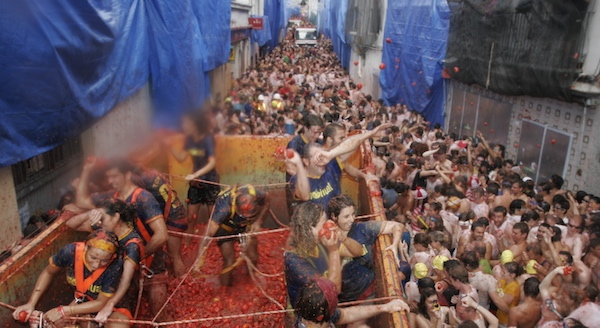 No one is sure of the origin of this whimsical festival, but what we do know is it began in the early 1940s and the townspeople enjoyed it so much they kept doing it every year. People come from all around the world to get soaked in tomato juice (but don’t worry—they only allow you to throw overripe tomatoes so no one gets a nasty bruise).

Catalonia is a proud region famous for its food, its countryside, its wine and its culture. Every September people gather in the thousands to celebrate all of that pride at La Mercè! This 4 day festival includes feasts, concerts, parades, castling, fireworks and fire runs! It’s the largest festival ever held in Barcelona and Catalonia and is a perfect way to embrace the Catalan way of life!

This festival in honor of Zaragoza’s patron saint is reminiscent of a county fair with lots of food stalls, carnival games, and concerts. It also features a religious ceremony with a large altar dedicated to the saint covered with offerings of flowers and fruits.

Holi is a recent addition to Spanish festival culture. It is a colorful 5k run where thousands of participants throw brightly-hued powders into the air. It originated in Nepal and is also known as the festival of colors.