May in Barcelona: What’s The Word? 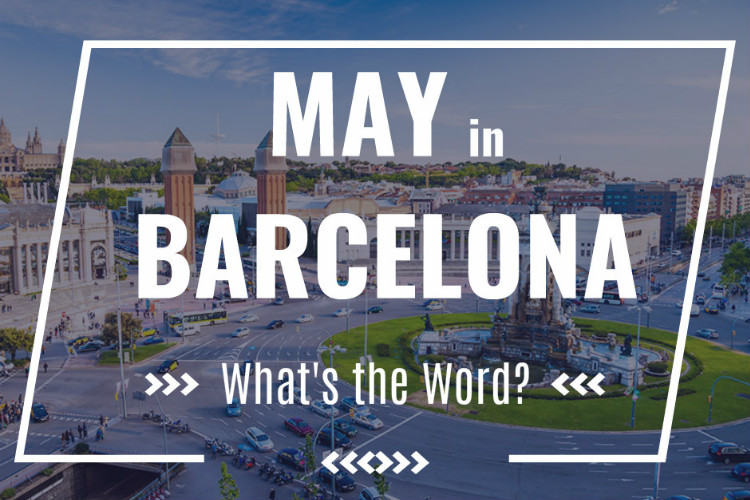 Can you believe it is already May? Where did the time go? We’ve been having too much fun. If you haven’t noticed yet, this month starts off with days off from work. This month also brings numerous fun events, concerts, and festivals to our incredible city. To help you keep up to speed with all the happenings this month, we took all the guesswork out for you and generated a list of the biggest must see and do things here. Check it out below and enjoy! 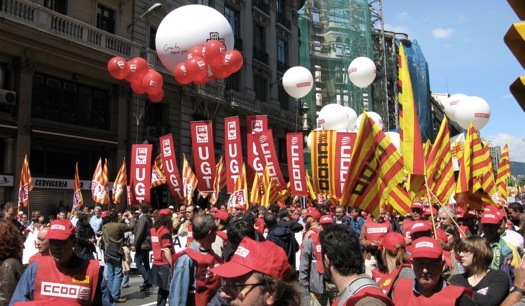 Most of us are probably super excited for the long weekend, but this day of celebration was established after the death of Franco in 1975. This day is also known as Labor Day. It was first celebrated in 1977 when the Communist Party of Spain was legalized. Now it is an official holiday that has been traditionally used by trade unions and leftist parties for social and labor vindications. There are usually demonstrations and parades that occur throughout the city.

From the 8th, 9th and 10th of May all the cinephiles out there can enjoy the celebrated Cinema Festival of 2017! During this period tickets to the cinema are drastically discounted to a mere 2.90€ per entry! All you have to do is sign up and then either bring your proof of registration to the theatre or purchase your tickets through the official webpage! 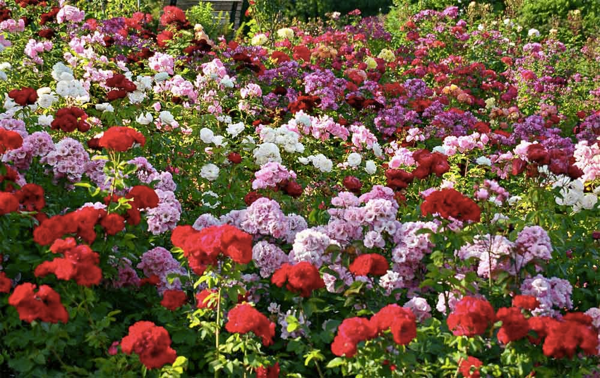 The 17th International Competition of New Roses takes place from May 12th to 14th at Parc de Cervantes Rosear Barcelona. Throughout history, the rose has been a powerful universal symbol and this competition allows hard-working breeders to display their horticultural skills. The Barcelona City Council and sponsored business and cooperation sector organizations organize the competition. The location is now one of the emblematic green spaces in the city and has more than 2,000 species and varieties of roses, adding more than 10,000 plants in an area of four hectares. There are seven prizes in the competition and the coveted first prize is named ‘Barcelona’ and is awarded to the best new rose of the show every year. 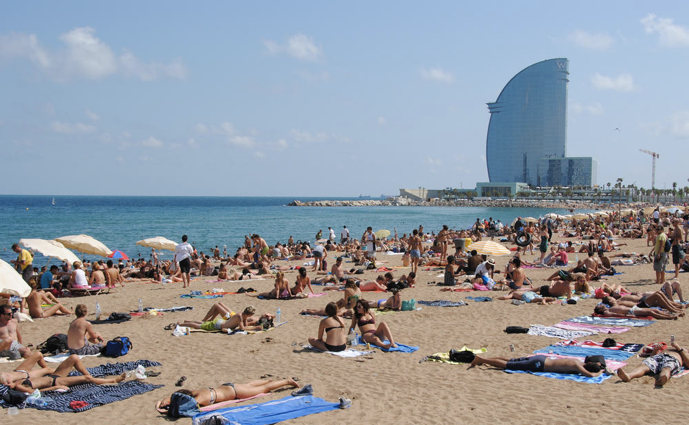 This is something you should definitely check out, we are hosting a free (I repeat FREE) international beach get-together. We will meet at the Shoko Lounge around 4pm and then head right to the beach. We will be bringing Frisbees, footballs, volleyballs, and beachballs. Don’t forget to bring your beach towel, music, guitars, and drinks! Get excited to meet new people, play games, drink, sink, and have the time of your life. For more info click here. 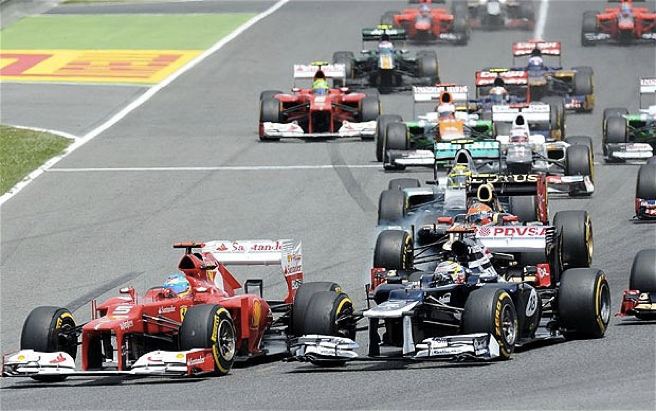 Get ready to see some of the best race car drivers here! The Spanish Grand Prix is held here in Barcelona. This race is one of the oldest in the world still contested and this year will be the 6th round of the formula 1 World Championship. Last year Max Verstrappen became the youngest winner of this sport at the age of 18. Who knows what will happen this year?

May 20: Night at the Museum 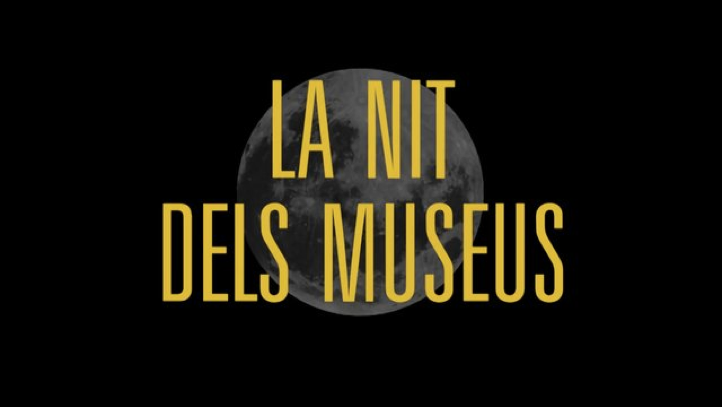 One of the best nights in Barcelona is fast approaching: The Night of the Museums. It doesn’t matter if you are a local or a visitor everyone can take part. This night there is free entrance at over 80 museums and cultural centers in Barcelona and surrounding cities. Each year the venue includes special activities, live performances, and music. Typically over 100,000 people visit a museum on this night. Don’t miss out on this special night! 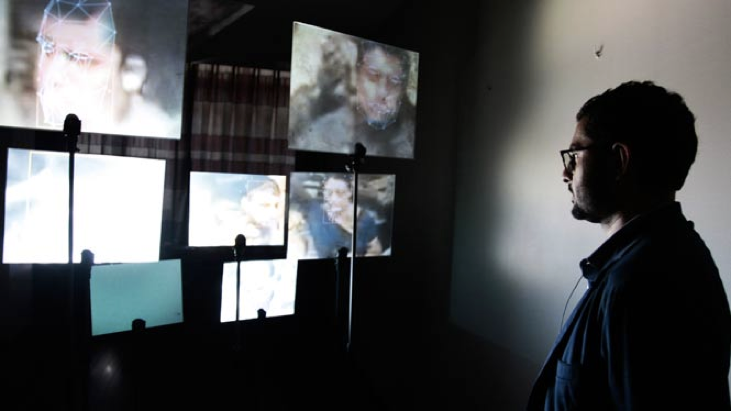 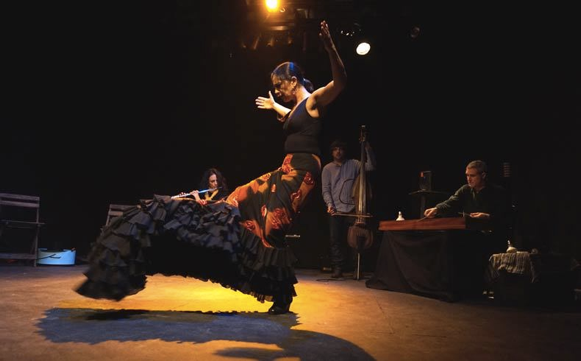 This is one of the main events related to Flamenco in Barcelona, a four day festival dedicated to this dance. It is the most avant-garde festivals on the Catalan and Spanish flamenco scene. It features the voices, dance and guitar of flamenco’s new and established stars in Barcelona.The programming is experimental yet has elements of tradition. It is organized by Taller de Mùsics and Mercat de les Flors, which also has an official and parallel program, classes, and conferences.

May 30: Ricky Martin in Concert 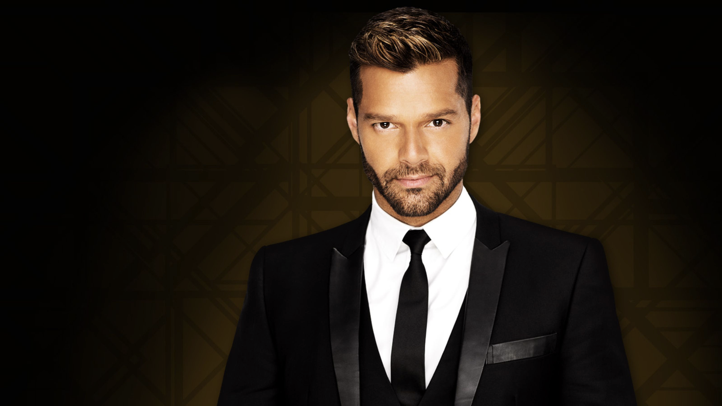 Get ready to sing Livin la Vida Loca because Ricky Martin is performing at Palau Sant Jordi, Montjuic Hill the last week in May. You may know him as multiple Grammy and Latin Grammy award winner. He is a Puerto Rican pop singer who found fame in the boy band Menudo and later as a successful solo artist. He has sold over 60 million albums around the world and has had many hits on the U.S. Latin Charts. Also heads up the warm up band is Barcelona CNCO.

A total of 62 performances will take place at this 3-day music festival. This year will be the 17th edition of Primavera Sound festival and features an extensive line up. The festival takes place at several different venues: el Parc del Fórum, Primavera al Raval, and Primavera als Clubs. It is a top music festival that brings live music fans a line up of top bands performing hardcore, grunge, extreme rock, electronic, pop, and rock music, as well as some DJs.  Some the highlights for this year include Frank Ocean, Arcade Fire, Grace Jones, Solange, Bon Iver, and more!

Find Your Next Job in Barcelona with Babel Profiles!