Olive Oils of Spain – The More You Know! 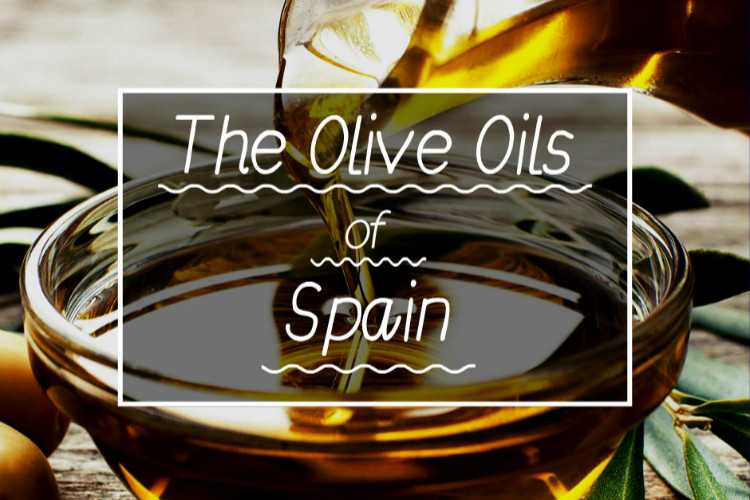 It’s a common mistake to assume that Italy is the leading producer of olive oil – in fact that title belongs to Spain! At the 2016 New York International Olive Oil Competition (NYIOOC), Spain took home a whopping 78 awards. The history of producing olive oil has roots that date back thousands of years, however, in recent years the industry has evolved from packaging and selling oil in bulk, to personalizing the product with name brands. This trend helped to solidify Spain as the world’s leading producer of quality olive oil, a staple of the Mediterranean cuisine.

History of Olive Oil in Spain 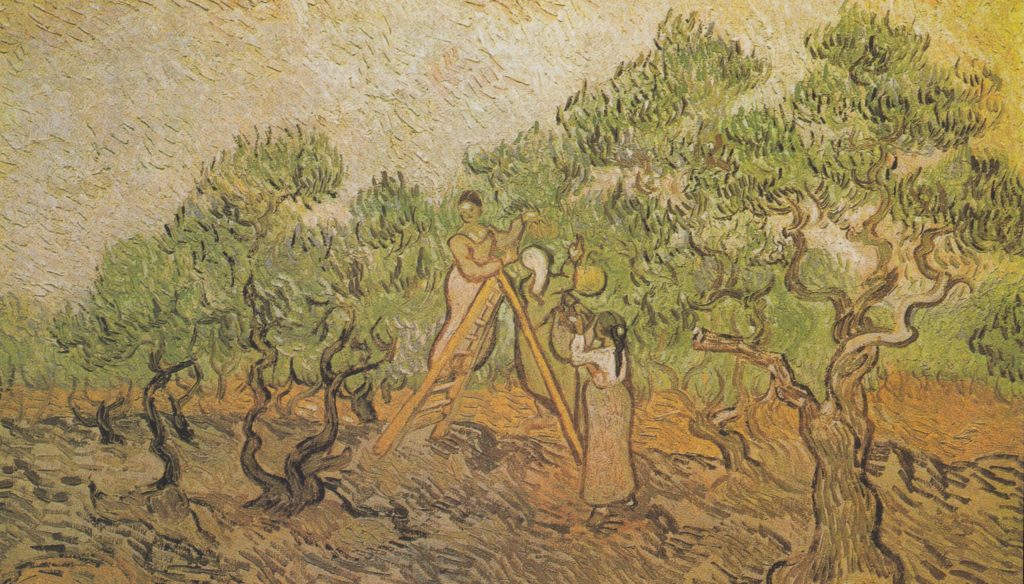 Experts have discovered that olive oil cultivation in Spain dates back to 2500 BC, during the empire of King Minos of Crete, where it was believed that the olive signified a symbol of peace. The Greeks and Phoenicians brought the olive tree (olea europea) to the Iberian Peninsula and the Romans took advantage, growing olives throughout their empire, which includes present-day Spain. The Arab influence in Spanish culture also played a part, as they continued to perfect and experiment with cultivating techniques. This becomes evident when considering that aceite, the Spanish word for oil, comes from the Arab word al-zat, meaning olive juice.

What Each Production Region Has to Offer 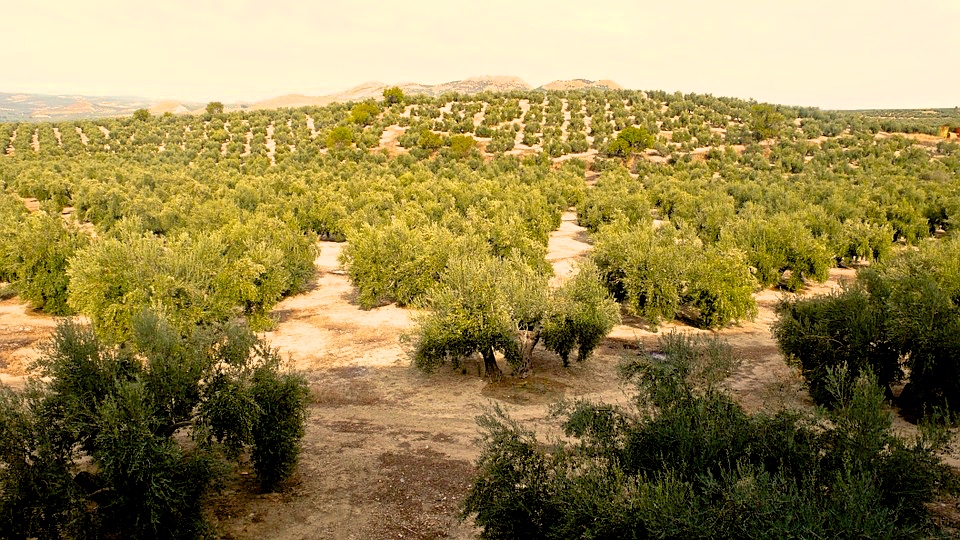 With their distinct characteristics and unique climates, the main olive oil production areas boast a variety of oil types. Keep reading to find out what your region offers, or where you can go to find the oil that best suits your personal taste and style!

Andalucía – Most likely, it will come as no surprise that the majority (nearly 75%) of Spain’s olive oil is produced in its driest, southernmost region. From desert areas to mountains to an extensive coastline, the varied climate and irregular rainfall yield perfect soil for olive trees to thrive. Production is heavily concentrated in the provinces of Jaén and Córdoba. Andalucía specializes in the cultivation of these types of olives: Picual (sweet with light bitter flavor), Hojiblanca (sweeter oils, light but spicy flavor), Lechín, Verdial and Picudo.

Castilla La Mancha – 14% of Spain’s olive oil is made in this centrally-located region, composed of five distinct provinces. Scattered rainfall influenced by winds from the Atlantic Ocean creates fertile soil for the fruity Cornicabra olive to grow, while the areas that border Andalucia often produce Picual as well.

Catalonia – With a typical Mediterranean climate, it’s no wonder this northeast region is perfect for both wine and olives! From high mountains to a cold coast to a gentler southern climate, Catalonia’s production makes up 4% of Spain’s overall olive oil cultivation. Olives made from this area are Fraga, Empeltre and Arbequina.

Aragón/Valencia – Along with Navarra and La Rioja, these regions grow about 1% of Spain’s olive oil, due to the similar Mediterranean, moderate and humid microclimates. In these places you will find Blanqueta, Fraga, Empeltre and Arbequina olives. 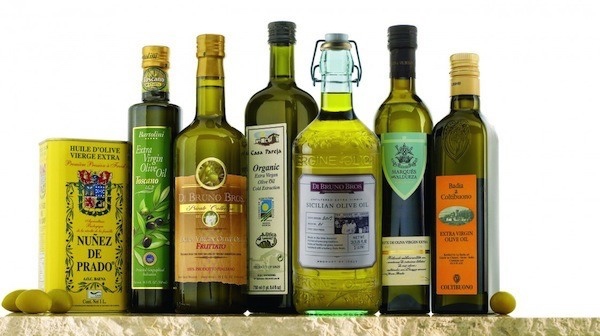 Much like wine or cheese, factors such as age, color, and production area influence refined tastes of the world’s many different types of olive oils. Look out for these labels when you’re food shopping or enjoying a meal at a restaurant, to know exactly what you’re dipping your bread into.

(Extra) Virgin Olive Oil – With no added chemicals and a smooth, natural extraction process, virgin olive oils are the purest and have the highest health benefits on the market. Typically, you will get a light, fruity taste, making virgin oil the perfect dressing for a variety of salads. The extra simply emphasizes that even more care was taken to provide additional nutrients (essentially, these are the healthiest).

Refined Olive Oil – Starting as a virgin olive oil and enduring additional processes to neutralize taste and acid levels, the rather colorless refined olive oils are used primarily for cooking.

Basic Olive Oil – With the label you may recognize as just “Olive Oil,” basic oil falls somewhere between virgin and refined olive oils to consist of a lower grade mix made with less acid. You could call it slightly refined, but still complements a finished dish.

Olive Pomace Oils – Unlike the other types discussed, these oils have a high chemical component as they are often processed heavily from the residue leftover when producing virgin olive oil. Often, they are classified as non-edible or are mixed with a higher quality oil to make a cheaper version of the good stuff. Lowest quality and cheapest oil, I would recommend staying away from this kind if possible. 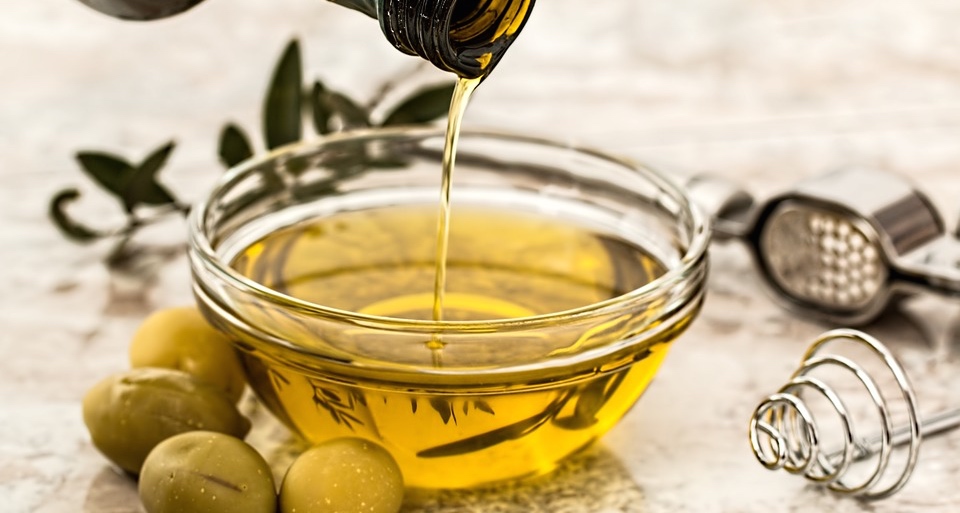 During the season, lasting from November to January, the region hosts a bunch of olive oil festivals, so if you are interested in joining a tour, tasting, or going the extra mile to visit the Castelldans Olive Oil Museum, Olive Oil Eco-Museum (Ecomuseu de l’Oli) in Pobla de Cèrvoles, or the olive oil theme park in Les Borges Blanques, Lleida, this is the time to do it! You can also find quality olive oil in the Mercat de Santa Caterina, a beautiful, covered food market where you can choose between a variety of authentic restaurants and fresh ingredients. Perfect for tapas, lunch, and of course, olive oil tastings!