10 Souvenirs to Bring Home from Barcelona! 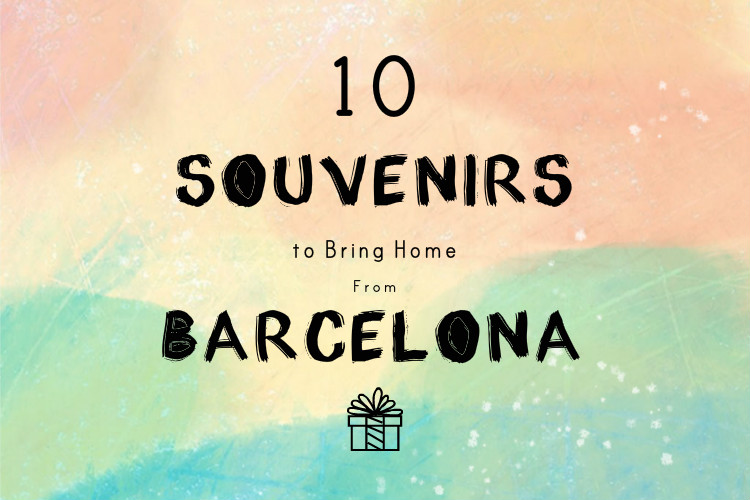 If you’ve spent five minutes in Barcelona you already know that there is no shortage of souvenir shops in the city centre. There are probably more shops in Barcelona than there are museums and sites combined to be honest! But, the problem with so many similar shops is actually finding something different from the average souvenir. Something that proves you put in some thought to the gifts your bringing back home. Well, look no further! We’ve created a list of some souvenirs and gifts that will actually reflect on the culture of Barcelona. Items that your family and friends will  be happy to put on display in their homes. Items that say “Here’s a piece of Barcelona for you”. Enjoy!

Your friends and family might not know about the deep history of the independent identity in Catalonia and everything their regional flag represents. So why not bring them a gift that has a story to it? It can be a real flag, a mini one or just a fridge magnet. Share the Catalan story with them and how it impacted your Barcelona experience!

Spain is among the top wine distributers in the world. If you’re going to share a piece of Barcelona with your loved ones, give them a taste of the wines of the Catalan region. Wines from Catalonia are very unique – the grapes they grow in the coastal climate and mountainous terrain typically make cava and white wines. Look for bottles from the Penedés and Priorat regions!

For those who love a good laugh, these little figurines are one of the strangest traditions in Catalonia. The Canager, or shitter is a little guy, squatting with his pants down, who often comes with a little piece of poop. It’s a christmas thing from the times when poop represented fertile land. People display these guys doing their business before christmas and New Year’s to bode for a good harvest! They make for a humorous decoration on any joksters shelf!

You’ll see these everywhere, so it might not be so “original”, but these tiled reptiles are well worth it. You can’t have Barcelona without Antoni Gaudi, and you can’t have Antoni Gaudi without Barcelona. A common thing you’ll notice while touring Gaudi’s many buildings is the lizard (El Drac). He’s located in Parc Güell, but his tiled mosaic style is mirrored nearly everywhere else in Gaudi’s work. Get one from a museum shop rather than the souvenir shops to help support the museums!

When most people think of olive oil they think of Italy. But, most people are misguided in thinking that Italy is the capital of the oil kingdom. That title goes to Spain! Catalonia makes up 4% of all of Spains olive oil contribution and much like its wine, its olives are particularly unique due to the climate and terrain they grow in! Bring home a bottle of Extra Virgin for the cook in your life!

Ok ok, this one is rather obvious. But it goes without saying that one of Barcelona’s most prized possessions is its world class football team! Barca is one of the biggest, most valuable teams in the world, second only to their rival – Real Madrid. If you’ve got a football lover in the family you simple have to return with some FC Barca swag!

For the sweet tooth in the group. Turrón is a sweet that you can find at any bakery in town. This is a Spanish delicacy, typically served around the holidays but eaten all year round! Turrón de Crema Catalana is perfect if you want something especially with Catalan twist.

Food is at the heart of every culture. One of the most personal and sentimental gifts you could give anyone is the recipes of the food that shaped your experience in Barcelona. Finding a Catalan or Spanish cookbook with anecdotes and cultural/historical explanations behind each dish is a truly great gift. While enjoying the meal you can share stories about the times you experienced with these meals!

London has gin clubs, Barcelona has vermouth bars! A typical Spanish favourite, you’ll see vermut at the top of many menu del dia’s in the city.  It’s a vey aromatic liquor often drank on its own and enjoyed before a meal. Grab some Miró (made in Reus, Catalonia) and impress the older members of your family with a night of classic Spanish bonding over a bottle!

These shoes originate from the Pyrenees but has made a huge wave in Spain for years. These are a perfect gift literally anyone in your circle you would like to enjoy a souvenir on a daily basis. Their soles are handwoven with rope, and the rest is made with canvas and cotton. They come in flats and wedges as well!

Decorate Your Flat on a Budget in Barcelona!

How do i sign up for the free bag compromising of thumbdrive, sim card, maps etc?