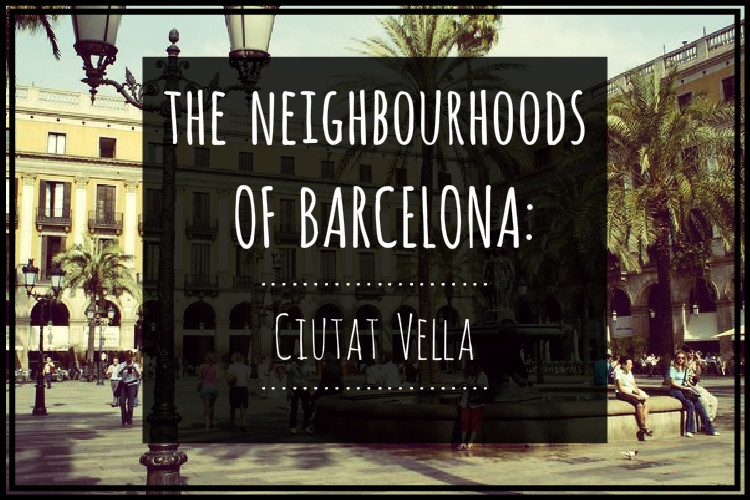 Barcelona is unarguably Spain’s most famous city. There are many things about the city that makes people flock to Catalonia from all over the world. It’s the second largest city in the country, it’s home to some of the most famous art and architecture in Europe, and its location on the coast is simply paradise! There are several things to see in Barcelona, and several wonderful places to visit. Discover the neighbourhoods of Barcelona and check out the first instalment of “The Amazing Neighbourhoods” of Barcelona, where we focus on the historic center – Ciutat Vella! 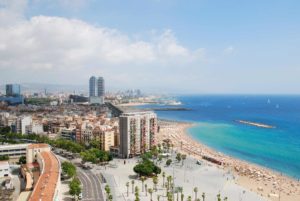 The hottest spot in Barcelona, Barceloneta is the closest neighbourhood to the harbour and is actually taken up by a stretch of beach. In the beginning the neighbourhood was built to replace the homes that were taken down during the construction of the Citadel. The people who resided there were mostly made up of fishermen and sailors. This nautical vibe can still be sensed there today, at the famous harbour! In Barceloneta you can find the bustling boardwalk – packed with bars, restaurants, shops and coffee places. And the famous Barceloneta beach, where you’ll need to save your spots early if you ever dream of sunbathing! The neighbourhood can be considered one of Barcelona’s “downtown” districts, with so many late night locations there is always something to do! 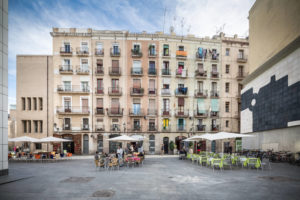 Often referred to as the “controversial” neighbourhood of Barcelona, El Raval has a whole lot of personality. It borders La Rambla and the Gothic barrio and even shares a large portion of the Barcelona port. It might be centrally located, but there is nothing touristic about this barrio. The area was once home to Barcelona’s own “red light district” and became quite the rowdy place. Attracting a lot of crime and a lot of trouble. Since then the neighbourhood has received a facelift, but there is still a gritty, alternative feeling to its streets. El Raval is very authentic, so if you’re looking to get in with the locals you should check it out. Just keep an eye on your wallet! 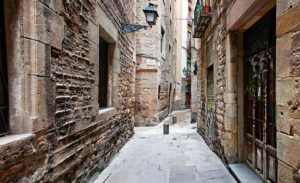 If Barcelona is Spain’s most famous city, then the Barri Gòtic is the most famous neighbourhood in Spain! The Gothic Quarter was the city centre of both Roman and Medieval Barcelona ,and the majority of those medieval buildings still stand today. Here you can walk the incredible Gothic streets, visit sites like the Royal Plaza, The Cathedral, Basilica and the ruins of the Temple of Augustus, the Emperor of Rome who conquered Spain in 19BC. The neighbourhood sits on the old Jewish quarter, where you can also visit the ruins of an ancient Synagogue. If your looking for culture, head over to the Gòtic, you will see more history there than in any museum! 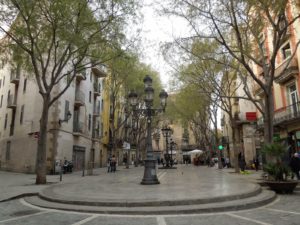 The Catalans don’t shy away from extravagant names! This neighbourhood is made up of the former smaller neighbourhoods of Sant Pere, Santa Caterina and la Ribera. Like each of Barcelona’s barrios, this one has it’s own completely unique character. The fashionable, hip and diverse area was also part of medieval Barcelona and has a very unique history. Sant Pere and Santa Caterina are names from the religious institutions that once dominated the areas. And La Ribera simply comes from the neighbourhoods location by the river. The area is also home to the Ciutadella Park and the famous El Born area – known for its alternative, chic, in style.

If you haven’t read up on the other barrios in the city, check out part2, part3 and part4. If you want to have even more details about the different neighbourhoods of Barcelona, simply check out Citylife’s Barcelona Essentials guide!

Also check out our free map of Barcelona including a metro plan by clicking here! Those of you who are about to arrive, don’t forget to reserve your free Barcelona Starter Pack. Pick it up when you get here and take the opportunity to get all your questions answered for free! Read more here.