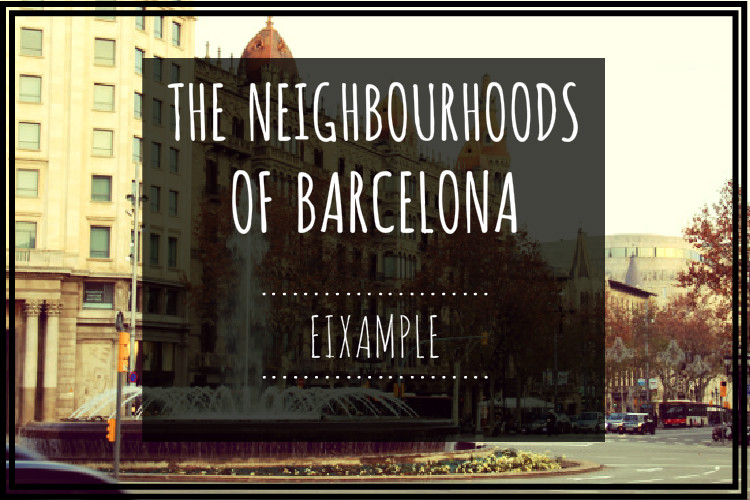 In part 1 we focused on the Ciutat Vella region of Barcelona, the “Old City”. In part two we are going to look at the largest central region of the city, known as Eixample. The name itself means “extension” and that’s exactly what the neighbourhood was built for. As the city grew, the people needed more space to live. It was built for efficiency – for both comfort and function. That is the reason for the octagonal pattern that makes up the region. When Ildefons Cerdà was commissioned to design it, he wanted to make traffic and parking easy and convenient and to make sure light and spacing was optimal. 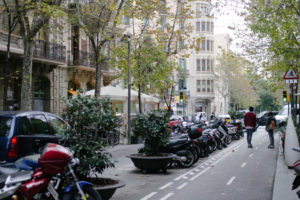 The Left of Extension, or Esquerra de l’Eixample in Catalan is actually made up of two different parts – the old and the new. Old Left Eixample is designed predominantly Neo-Romanesque style. The Barcelona University and the Plaça de la Universitat are perfect examples of that. Here you can find the Mercat de Sant Antoni, the Ninot and the Ronda Universitat. New Left Eixample was built in the 1930’s and shows more of a Monderisme style. Here you can visit the Casa Batlló, the Escola Industrial, the Modelo Prison and the Escorxador Slaughterhous. However, these places we built long before the neighbourhood ever existed. 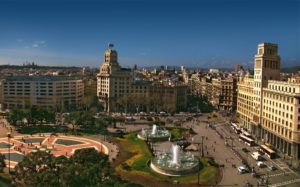 Dreta de l’Eixample or “Right Extension” is a very busy part of the city. Despite it’s very spacious layout, the area is quite compact, with most streets forming a grid pattern. Dreta de l’Eixample is known as a very well to do, wealthy area which was built for the upper class in the Modernisme style. This vibe still exists today as one of Barcelona’s high end shopping streets is located right in the middle of the barrio. You will find more of Gaudi’s work here as well as large busy streets and wide open plazas and footpaths. Dreta is home to several opular locations in Right Eixample, such as Passeig de Gràcia, Casa Mila and Casa Calvet. 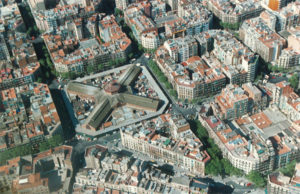 One of the most picturesque neighbourhoods within Eixample, Sant Antoni is old and charming. Known for its community spirit, old buildings, thrift stores, coffee shops and especially its market, which is named after the neighbourhood itself. The area used to be the grounds of a church, also named the Church of Saint Anthony. Nowadays the area is known for its great, trendy restaurants and mellow nightlife culture, due to the many small pubs and bars that really give a local feel. The perfect time to visit Sant Antoni is a Sunday morning – go for brunch, have a long stroll, get a coffee and visit the marketplace.

If you haven’t read up on the other barrios in the city, check out part1, part3 and part4. If you want to have even more details about the different neighbourhoods of Barcelona, simply check out Citylife’s Barcelona Essentials guide!