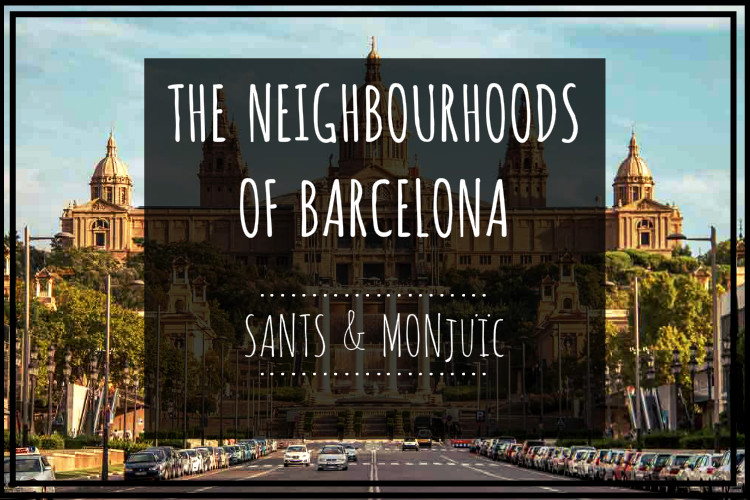 In parts 1-3 we covered the Old City, Eixample, Gràcia and Sagrada Família. This time we will be covering the lovely Sants & Montjuïc neighbourhoods. The area is made of the modern barrio of Sants and the nature filled Montjuïc Mountain whic is a truly beautiful area with a lot of open space and nature. The whole region is completely different from the Ciutat Vella and Gothic areas, and show an entirely different side of Barcelona! 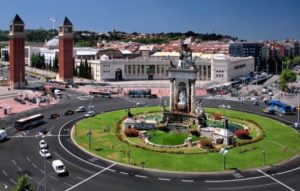 Sants is located relatively close to the city centre, yet surprisingly it is very disconnected from all the major hustle of a downtown core at the same time. Originally Sants was an industrial town which specialized in textiles.  The area is built around the major train station – Barcelona Sants – which receives many travellers, from tourists to people on business. The general energy of the barrio is modern because Sants is close to a very prominent financial district, so you often see the locals dressed very professionally. The area is very walkable and the unique buildings, cultural centres and plazas make it a truly great neighbourhood. 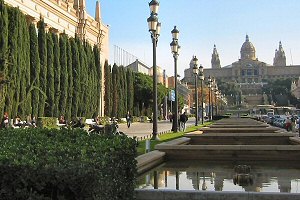 Montjuïc is an extremely interesting part of Barcelona. The entire neighbourhood was created in preparation for the 1929 World’s Fair. It was originally designed to be another residential neighbourhood. But the city was going through an artistic and industrial revolution at that time and the government and local patrons decided the mountain would work better as an art and culture hub. So they contracted the countries best engineers to construct the monuments you can still see today. Now, you can visit the National Museum of Catalan Art, the Magic Fountain, The Olympic Stadium the Montjuïc castle and park which covers the hill itself.

If you haven’t read up on the other barrios in the city, check out part1, part2 and part3. If you want to have even more details about the different neighbourhoods of Barcelona, simply check out Citylife’s Barcelona Essentials guide!

What Documents do I Need to Live, Work, and Study legally in Barcelona?

Barcelona’s Port Vell: What to See and Do