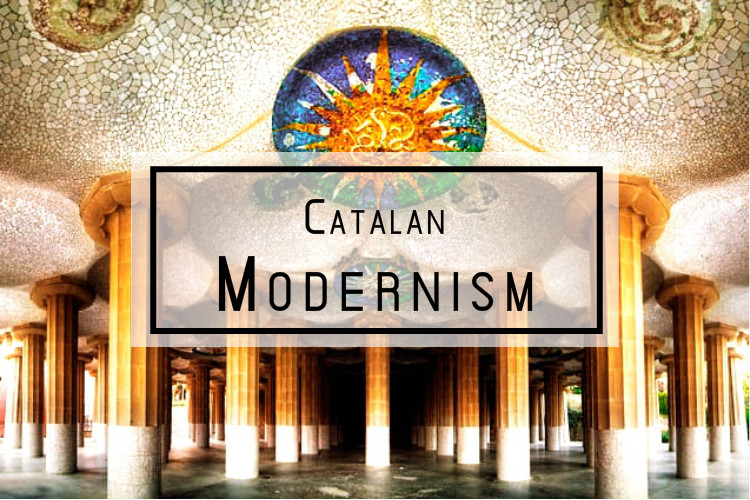 Florentines had the Renaissance, New Yorkers had Abstract Expressionism, Parisians had Rococo and Catalans had Modernism. At first glance, Modernism – or Modernisme as the Catalans put it – is an artistic style that gained popularity in the Catalan region of Spain in the 19th century. But upon further inspection it becomes quite clear that Catalan Modernism symbolises much more than a simple art form. It not only represents the distinctive style of its most famous city, it also represents the movement that allowed Catalonia to set itself apart from the rest of Spain and to establish a form of independence. It is a symbol of Catalonia’s very identity. Essays could be written on the subject, and in fact, many have. So we have tried to create a brief outline of the most prominent aspects of Modernisme and how you can experience it to the fullest when visiting Barcelona! 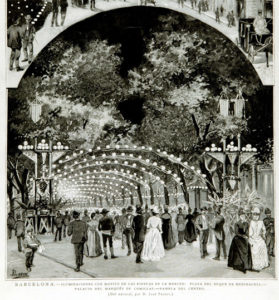 Around the end of the 19th century the world found itself going through an industrial revolution. Cities all around the globe were adopting a more modern way of life while also experiencing exceptionally rapid growth. Barcelona tore down its ancient city walls and neighbouring towns were added to the municipality to expand the city. There were several ideas suggested towards this new portion of the city, most of which looked completely different from Barcelona’s traditional layout. Eventually a design which boasted wide avenues, large apartment complexes and less class distinction between the neighbourhoods was chosen. And so, Eixample was born! But Modernisme didn’t really start catching on until the 1888 World’s Fair. The event that virtually changed Barcelona’s fate in this world. The city was chosen to host this event which welcomed millions of innovators, engineers and artists from all around the world. Barcelona dressed up to the nines for this event – erecting monuments, creating parks and discovering their own personal identity along the way. They hired new, young artists and architects to manage the projects as a way to develop this “young and fresh” Barcelona to impress the crowds. The fair was so successful that the World’s Fair actually returned to Barcelona in 1929, which also impacted the city’s infrastructure and economy greatly! After the huge success of the first fair, Catalonia had put itself on the map. The city was considered a place of great potential, which not only attracted new innovators but thousands of new inhabitants!  The Catalan Language was back in use, trade and industry was stronger than ever and the Barcelona had an ever evolving art style to play with! 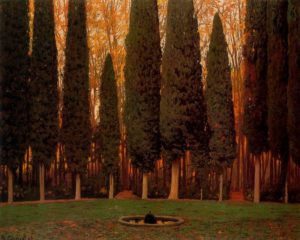 The first thing to take note of is that Modernisme stretches across several different art forms. The most obvious being the architecture that can be found in Barcelona, in the buildings of the famous modernistas, Antoni Gaudi, Lluís Domènech i Montaner and Josep Puig i Cadafalch. Other art forms consist of painting, sculpture, poetry, iron and mosaic work – to name a few. The concept behind Catalan Modernism was to break away from tradition and to provoke more thought than the traditional Baroque and Gothic styles the city was used to. Modernistas utilised materials like Iron, tiles and concrete in unique and unsuspecting ways. The style itself consists primarily of shapes, colours and concepts inspired by nature – either physical shapes in nature, use of natural light, natural colours or natural symbolism. You will notice that almost all of Gaudí’s work utilises shapes and colours of forests, plants and the ocean – and a lot of frogs, too. As mentioned above, these concepts cross over into paintings, sculpture and specifically interior design. Additionally, Catalan Modernist literature often involves the very real, darker and more violent themes often portrayed in nature and life. 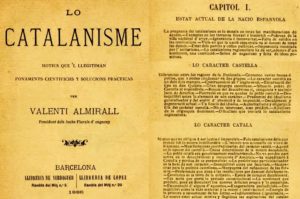 All around the world and all throughout history, art and politics have had an intimate connection to one another. Art, typically reflecting the opinions of the people and the coming changes in society, which more often than not challenges the current governing force. The Modernist Movement of Catalonia was no different! Catalonia had a strong desire to distance itself from Imperial Spain. The province suffered much in the Spanish Civil war (as a director result of their open resistance of the dictatorship) and when the war ended, and the oppression lifted, the people felt unified under the idea of a strong, individual Catalonia. The catalan language – which was once forbidden – was reintroduced to the people. After the World’s Fair the province grew more financially independent and the Catalan identity flourished. As a direct result of this new found stability, painters, playwrights, sculptors and poets alike began producing works that would directly criticise the Spanish military and the monarchy itself. From direct commentary on the political differences, to symbolic ones – like avoiding certain art styles typically favoured by the Castilian monarchs. Essentially, the rise of modernisme complimented the ever rising idea of Catalan Bourgeois (Catalan Nationalism).

Of course, it is nearly impossible to compress the entire history of Catalan Nationalism and Modernisme into one brief article. Especially since the Catalan Independence movement is still alive centuries later – though, under much different circumstances. So, if you’re interested in reading more about the 19th & 20th century movement and Catalan identity in general, check out this informative essay by Mireia Freixa of The University of Barcelona! Enjoy!