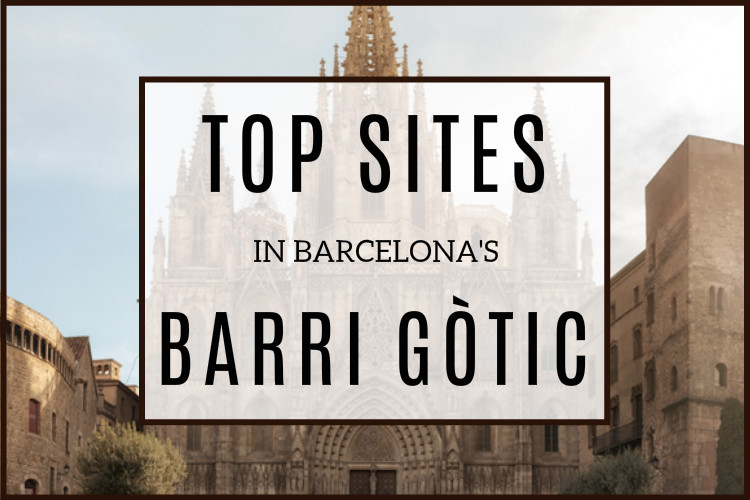 Barcelona’s history began where the Barri Gòtic is today. The Romans dominated the city for about 500 years until the capture of the Visgoths in 410 AD. During the Roman’s rein they founded a settlement called “Barcino” on the hill Mons Taber about 133 before Christ. Soon after the city wall was built and the land around the settlement was endorsed to the former legionaries, who could claim a piece of land after 16 years of service. In the 12th century Barcelona became the most important power of the Mediterranean and starting in the 19th century, the industrialization and textile industry brought back wealth and influence to the city. In many places you can see evidence of maritime power and old smokestacks.

Today, many narrow and winding alleys shape the neighborhood’s image. The Barri Gòtic is the center of the old city and stretches from La Rambla to Via Laietana, and from the seafront to Ronda de Sant Pere. It is also a part of the Ciutat Vella district. There are many peaceful squares where you can relax and enjoy the beautiful surroundings. The gothic quarter is also home to many important sites with rich histories. We’ve put together a list of the must see sites in this Barri to help you plan your visit! 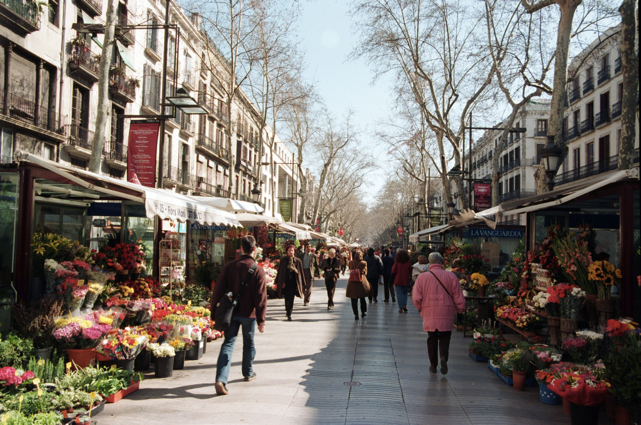 This is the most popular and largest promenade in Barcelona. It divides the old town in the Barri Gòtic and Barri Raval. La Rambla is both a tourist magnet and a window into Catalan culture with shops, theatres, and intriguing architecture. Unofficially, the promenade is divided into five sections so be sure to visit them all. 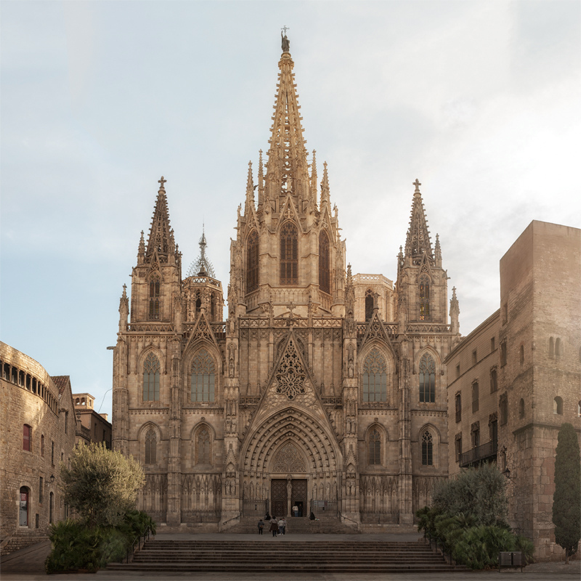 We can all agree that you must see La Sagrada Familia, but this Cathedral is honestly worth visiting within the old city limits. It was built in the 13th century and is great example of Gothic style architecture in Europe. You can even visit Santa Eulalia’s sarcophagus on the underground floor. Outside there is even a cloister with a beautiful fountain and large plants, as well as various statues. It is open every day of the week and if you visit during the morning between 8am and 12:45pm you can enter for free, otherwise it is €7 per person.

The church was originally built in the 14th century, gutted by a fire in 1936 and restored in the 1960s. It is famous for its stained glass rose window, Romanesque door, and beautiful gothic arches. Directly in front of the church there are food stalls that sell local delicacies and artists displaying their work. Its name comes from a pine tree (pi in Catalan) that once stood nearby. 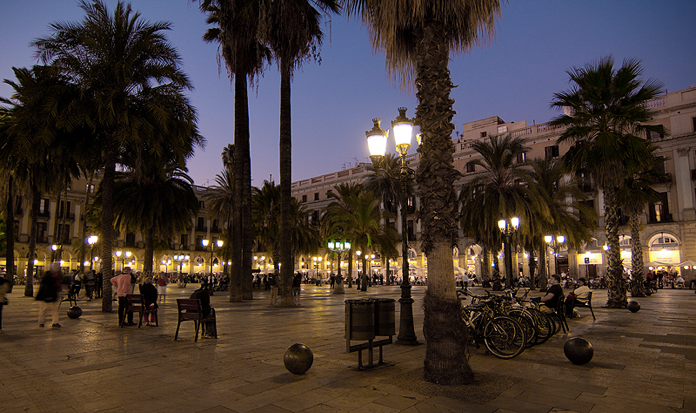 Located right next to the La Rambla, this royal plaza is a well known tourist attraction, especially at night. Francesc Daniel Molina designed it in the 19th century. The elegant ambiance is accentuated with a fountain, streetlamps, and palm tress. There are numerous restaurants and nightclubs around the plaza. This is Barcelona’s best love porticoed square and most popular nightspots. 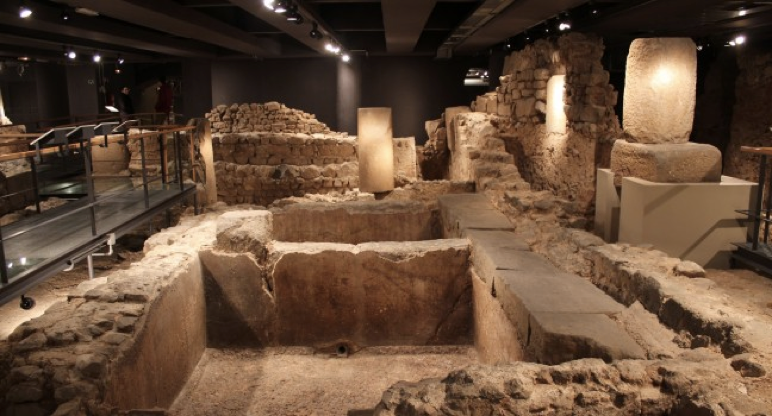 The museum is also known as Museu d’ Història de la Ciutat. It tells the history of Catolonia from the Stone Age to the present. On the roof of the museum is a large terrace with a café and an incredible view of the Port Vell. The view alone is enough to make it worth your visit. The focus of the permanent exhibit, however, is on the time of hunters and gatherers, the rule of the Iberians, the age of the Romans and middle ages, and the time of the suppression of Catalan culture under the dictator Franco. 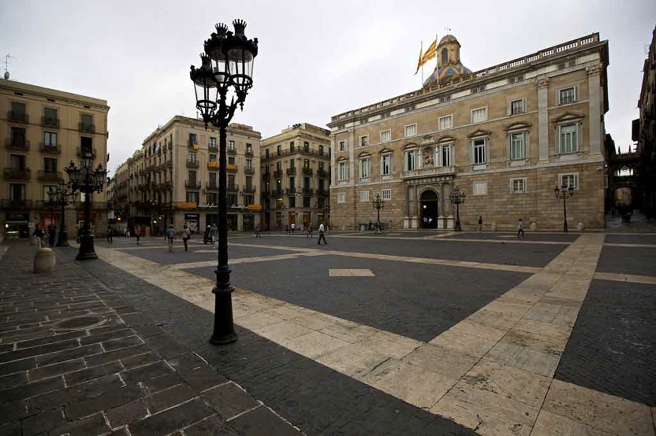 This square has been the political center of the city since its establishment. Today it is an open space in the middle of the gothic quarter and is the site of the most important buildings including City Hall and Palau de la Generalitat, the seat of the Catalan government. You can visit the Palau de la Generalitat each Sunday and on the National Day of the Holy Sant Jordi (April 23rd). It is located at the place where the main streets of Roman Barcino converged and was a Roman forum where the Temple of Augustuc once stood. You can still admire the remains of the temple in the neighboring Carrer Paradís. 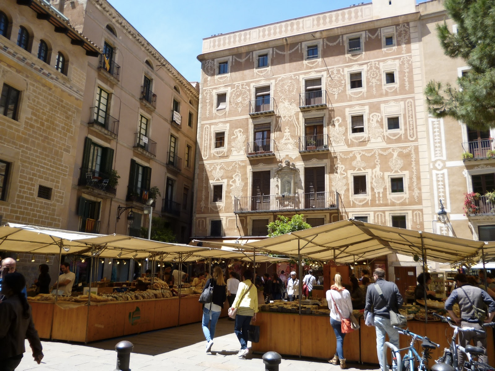 One of Barcelona’s most historic squares located just off Las Ramblas. It is full of street artists, lively stalls, and people relaxing and chatting on café terraces. The square is named after the church Santa María del Pi and located on the left side of the church. Every weekend there is a farmer’s market and little art fair that gives you a little taste of the Mediterranean. Plus the many blooming citrus trees on the square make it even more beautiful and worth a visit.

6 Things You Must Do In Barcelona!

The Palau Güell in Barcelona!