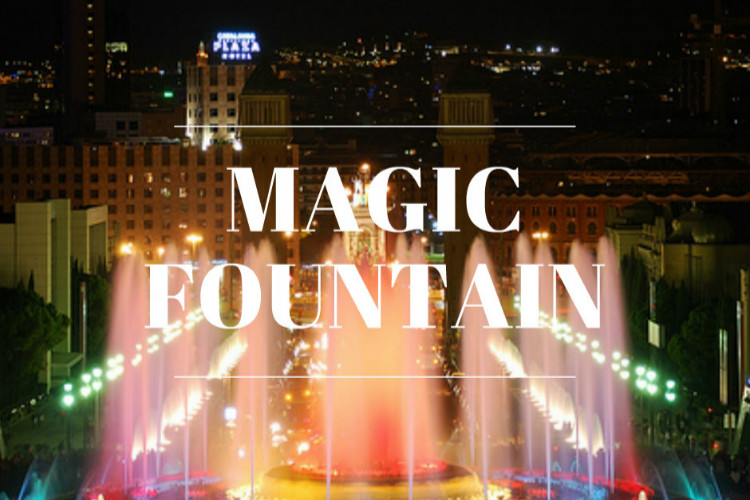 Barcelona is a city made to dazzle its visitors. The decorated plazas, the breathtaking coastline, the romantic architecture – it’s all a part of the Barcelona experience. One of the most iconic things to see during your time in Barcelona is the Magic Fountain, also known as the Font Mágica de Montjuic. You’ll find the fountain in Plaça Espanya, just below the Palau Nacional. Where it hosts a wonderful light show every Friday and Saturday evening from 21:30 – 23:00 in the summer and stops operating over the winter months, starting in November. 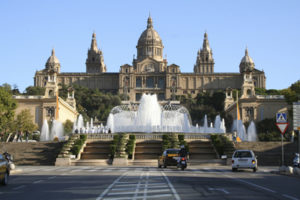 As with many monuments and developments in the city centre, the fountain was built in preparation for the 1929 Barcelona International Exposition. It was designed by Carles Buïgas and built in record time. The project took less than one year and over 3000 men to complete. But it finished just in time to awe the crowds at the Exposition when it became an instant hit! Music wasn’t always a part of the show, it was added around the 1980’s. Now the fountain performs shows to soundtracks from all kind of films, orchestras and famous albums from artists all around the world! If you’re in Barcelona during the warmer months, make sure you stop by and check out the magical show!

If you want to learn more about the Font Magica de Montjuic, head over to the official website. Here you will find a detailed history, schedule, announcements and exact location! Keep an eye on performance dates and times because the shows depend on the sun setting and it might be subject to change.