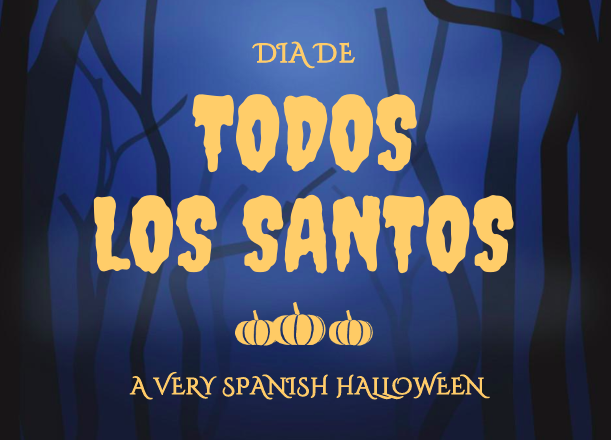 Aside from Christmas, I think it’s safe to say that Halloween is the second most anticipated holiday of the year, for kids and adults alike! From huge parades to crazy costume ideas, there’s no doubt Halloween is one of the most enjoyable days. I mean when else can you dress up as something you’re not, scare the hell out of your siblings/friends, or paint your entire face without catching weird stares. It’s true that wherever you come from, you have heard of or participated in Halloween, but what many people don’t know is that the idea stems from Día de Todos los Santos (All Saint’s Day), the Catholic tradition celebrated in Spain, Portugal and many other European countries each year on November 1st. 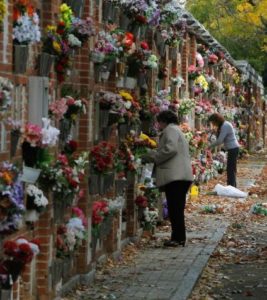 The word “Halloween” has Scottish origins and means holy evening, referring to the night before the Christian holiday All Saint’s Day. This celebration has roots that date all the way back to the 4th century. In 609 AD, Pope Boniface IV started the tradition in honor of Catholic martyrs, which took place around May 13th each year to accompany the pagan festival called Feast of the Lamures. In the mid eighth century, Pope Gregory III moved the tradition to November 1st and established it as a holy day, which was made obligatory by Pope Gregory IV. Similar to the concept of the Celtic New Year, the Gaels believed that spirits were especially potent around this time of year and that for a few days, the living and the dead existed together. Originally, the day was set aside to commemorate the lives of deceased Christian saints and martyrs but evolved to include all of the loved ones who have attained heaven, especially within the past year.

On November 1st, the streets will likely be packed with people as they trickle out of their apartments and homes to migrate over to the graveyards, placing tons of beautiful flowers on the graves of deceased loved ones as offerings (who are regarded as saints, because they have reached heaven). Holiday customs and festivals vary from country to country, with All Souls Day following after on November 2nd, and in Mexico and other Latin American countries the Day of the Dead consists of a 3 day celebration. Spain takes All Saint’s Day seriously as a religious nation with close ties to their roots. On this day, you’ll have the chance to buy roasted chestnuts and other sweets and snacks on street corners. I would also highly recommend seeking an opportunity to see a performance of José Zorrilla’s play, Don Juan Tenorio. Now that you understand the nature and origin of this rather solemn holiday, take advantage and observe what it’s all about. And don’t forget that it is a national holiday, so don’t be surprised if you find that most shops are closed!

[…] its own unique spin on the tradition. Like in Mexico, those who celebrate All Saints’ Day in Spain visit the graves of their relatives and loved ones bearing gifts and create elaborate, private […]