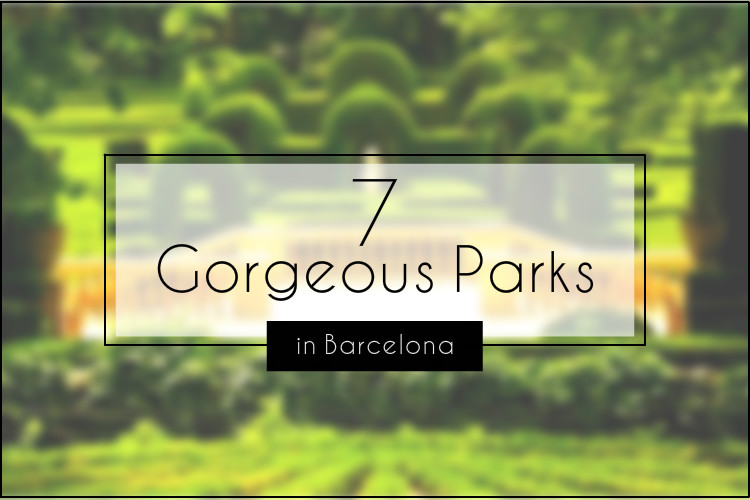 Ideal for children and adults alike, Barcelona’s parks offer a variety of landscapes and sceneries which capture its rich multicultural history and invite day-trips for those looking for an escape from the chaotic city life. There is something here for the sports enthusiast, the photographer, the history-lover and the introspect! Enjoy this collection of both inner-city and nature parks and read up before you go! 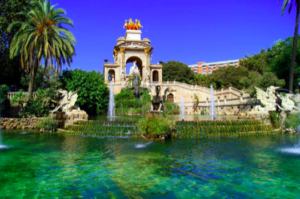 Covering an area of around 30 hectares, this stunning green oasis is accompanied by a variety of attractions such as historical monuments, museums, and even a zoo that are definitely worth a day trip exploring and picnicking in the free, public park. The site was originally constructed under the reign of King Philips V, the Bourbon king who sieged control of Barcelona in 1714, and had a citadel built on these grounds. In 1869 General Prim ordered the demolishment of the citadel, a symbol despised by the Catalan people, and a statue of the famous general can be seen at the northwestern entrance to the park, near the Passeig de Pujades. The Catalan Parliament Building stands as one of the remaining parts of the original citadel, and is really only open on September 11th, Catalan’s national holiday. Other unique statues worth visiting (and even climbing on!) are the mammoth statue, and the modern statue known as the Monument to the World Fair. The 1888 Exhibition, which included attractions such as the Castel dels Tres Dragons (which houses the Laboratory of Nature) as well as the notable Cascada fountain, gave the site a significant boost in terms of popularity. Architect Josep Fontsère designed the Cascada, guarded by dragons and situated near the lake, with the help of Gaudi, who was merely a young apprentice at the time. The Hivernacle, Geological Museum, and Umbracle are located close together, encompassing a variety of architectural styles as a pavilion, a neo-classical building, and a tropical greenhouse. The most popular attraction within the park is the Parc Zoologic, home to hundreds of species and thousands of exotic animals such as gorillas, leopards, dolphins, cheetahs, and wolves. Unlike the rest of the park, the zoo is not free, but it is a popular staple of the tourist site. 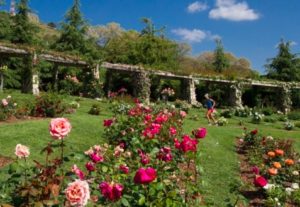 As you may imagine, the best time to visit this site in order to see the sea of about 10,000 rose bushes at their fullest potential, is typically May or June. The rose beds laid out across the open fields of the Parc de Cervantes symbolize Barcelona’s history as the site of open-cut rose competitions, which have made a comeback in the 21st century! The city now hosts the International New Roses competition, showcasing the art of rose-growing, a skill that is done by breeding the right combinations of hybrids and artificial plants. Enter through Av Diagonal to the perfume garden and you will be captivated by the flowers’ aroma, or you may want to start in the paths that lead from the Ronda de Dalt, producing a captivating view of the city and some shaded benches where you can relax and breathe in the fresh air. The park also boasts a stone and marble monolith, two sculptures, and is kid-friendly as well, with a playground and children’s games situated right in the center. 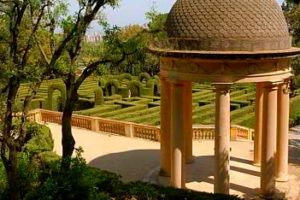 The oldest garden in Barcelona, the Laberint’s romantic garden and neo-classical park once belonged to the wealthy Desvalls family. Originally designed by Italian architect Domenico Bagutti, it was expanded in the mid-19th century by Elies Rogent, who added gazebos, a waterfall and flowerbeds. For a time, the park served as a center for cultural events until it was handed over to the city of Barcelona by the Desvalls, and opened to the public in 1971. A visit today will still allow you to see the family’s palace (now known as the Torre Soberana), which resembles a watchtower and was inspired by Arabic style architecture. The Parc del Laberint is unique in that it is also decorated with sculptures and fountains inspired by well-known figures of Greek mythology. These can be seen in the neo-classical garden, along with the maze-shaped landscape that gives the park its name. In the Romantic garden, you can enjoy some peace and quiet under the shade of a large Mediterranean garden sheltering flowerbeds and a waterfall. Located in the Horta and Guinardó district of the city, the site is more low-key in terms of tourist attractions, perfect for relaxing, exploring, and picnicking without the usual crowds and hustle-and-bustle of Barcelona tourism. 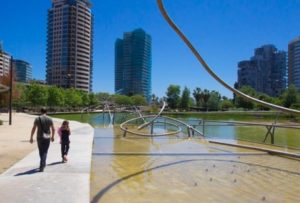 This unique park is the second biggest in Barcelona, and the urban shapes and structures were once home to the Macosa factory. Designed by architect Enric Miralles and opened in 2002, the ecosystem was made from lake shores and uses renewable energy sources for operation and maintenance. The tubular structures you may see serve an essential purpose: they store water underground and carry it to help keep the plants and vegetation alive and thriving. This modern-day park includes attractions such as the zigzag bridge Gateway Lake, the main meeting place of the city and the park known as La Plaza, and snakes down Street Taulat to produce a stunning view of the district Diagonal Mar. The twisting steel sculptures and geometric architecture is also home to a children’s playground and a small pond, making it perfect for a relaxing yet scenic family daytrip. 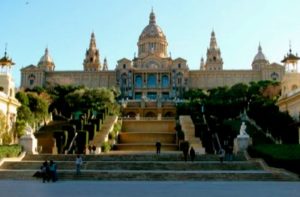 If you consider yourself a fan of the Olympics, you have certainly heard of the Parc de Montjuïc, otherwise known as the site of the 1992 summer games. Montjuïc, meaning “Jewish Mountain,” opened in 1929 with its first International Exhibition. Today, apart from the Olympic Stadium, (known as the Estadi Lluís Companys), you can also see the indoor arena (Palau Sant Jordi), the Arata Izosaki’s sports palace, and the telecommunications tower designed by architect Santiago Calatrava. Not a huge sports person? Don’t worry, Montjuïc has tons more to offer. The Montjuïc Castle which sits on top of the mountain (reaching a peak height of 184,8 m) overlooks the Barcelona harbor, producing a fantastic view stretching to the southwest of the city center. Paying just 5€ for entry, you can witness the breathtaking views and learn about the history of the castle. To get there from the Funicular Station you can take a short but scenic cable car ride which connects Barceloneta Beach to Montjuïc. Other sites of interest include the Mossèn Cinto Verdaguer Gardens, the Joan Miró Museum, and the staple of the 1929 exhibition known as the Palau Nacional, where you can see Catalan art that dates back a thousand years. Got 4 hours? You can even take an electric bike tour through the mountain. Plan & purchase tickets in advance as the prices range by season. 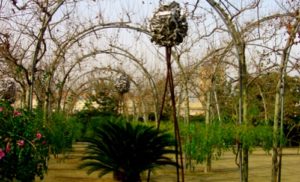 Designed by architect French Jean Nouvel, this modern park opened in 2008 and its mission is similar to that of the industrial Diagonal Mar Park. Poblenou was once the site of Barcelona’s textile industry, and the centrally located park now serves as sort of a tribute to the progress it has seen in the past decade or so, rendering it a thriving part of the city today. A chimney and an old mill building remain from the textile industry, but the rest of the structures mostly resemble recycled metal and symbolize post-industrialization. The main garden is a circular figure with a ramp made of volcanic soil, and the second and third gardens are surrounded by woodland areas and made up of dome-looking structures and various walking paths. This sustainable park falls in the category of “Landscape Urbanism” and is a unique must-see attraction, especially if you are an environmental enthusiast! 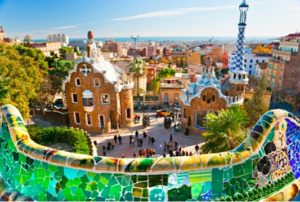 If this beautiful photo resembling something out of a fairytale seems unreal, just wait until you see it in person. Truthfully, the image does not do this historical garden justice, as it only shows Parque Güell on the surface. One of Antonio Gaudí’s most impressive works, the site opened in 1922 and was recognized in 1984 as a World Heritage Site. You can take a guided or individual tour through the park, beginning at the bottom with the gingerbread-looking houses (Gaudí Museum House, shop, and gatehouse), hike up the steps past animal figures made from colorful ceramic tile and continue up the path toward the monument to Calvary. The path snakes through nature-inspired columns that resemble trees, a garden of palm trees, and offers scenic views that meet the ocean in the distance. Because this magical park has become a main tourist attraction, I must warn you that the tickets aren’t cheap. The best way to ensure a hassle-free visit with virtually no line is to purchase tickets in advance online.