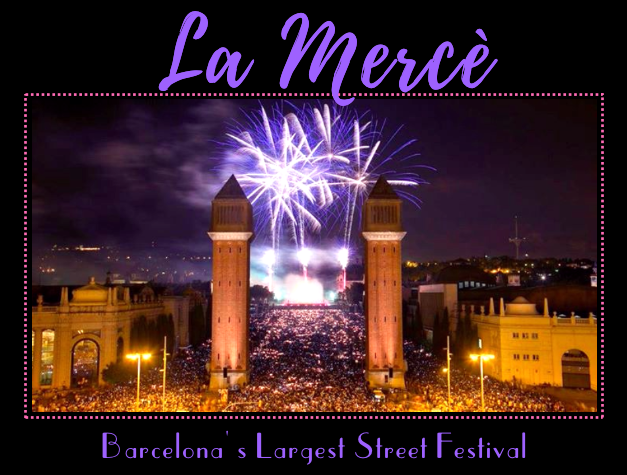 As the summer comes to a close, Barcelona begins preparing for its most famous street festival of the year! La Mercè has been an official city holiday since the late 1800s and continues growing in popularity with people from all over the world. The festival takes place at the end of September and includes 4 days of tradition, feasting and celebrating! If you happen to be in the city during this time, consider yourself lucky. Because, you’re about to experience some true Catalan culture! 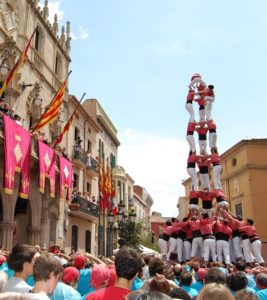 As with most festivals here in Spain, La Mercè is first and foremost a religious holiday. It all started in 1687 when Barcelona fell victim to a terrible plague. Almost straight out of Exodus, the city was swarmed with Locusts and as a result it suffered from hunger. The people of Barcelona decided to beg for mercy from the Virgin of Grace (Mary). To the people’s relief, The Virgin Mary showed them mercy and the plagued subsided. Due to this act of kindness, Mary became the official patron saint of Barcelona, and the people have been celebrating the memorable act of mercy (Mercè) ever since! The celebration was recognized as an official patron event by the Pope in 1868, and recognized as an official holiday in 1871.

Now, the festival has become so much more than recognizing a religious phenomenon. It’s a major staple in both Barcelona tradition and Catalan culture! As mentioned above, La Mercè lasts for 3 days at the end of September (22-25 in 2017) and includes events like Castling, huge live concerts, fire work shows, processions, parades and competitions! Hundreds of thousands of people flock from all over Catalonia and Spain to take part in the excitement in the city streets! If you’d like a full detailed schedule of La Mercè, head over to the great schedule that Barcelona Yellow has laid out for you!

Movember – Support the Cause in Barcelona!

Do as the Spaniards do: Coffee Time

[…] Mercè (Barcelona) La Mercè is the largest festival in all of Catalonia! It’s held in Barcelona and involves some of the […]