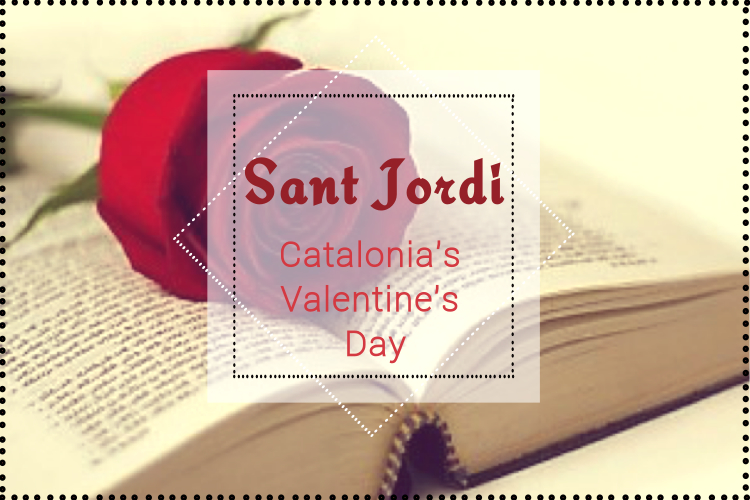 Catalunya has it’s own traditions and it’s own Valentine’s day on the 23rd of April! it’s called Sant Jordi, where the boys give a rose to the girls and girls give a book to the boys. As far as traditions go, this is one of the sweetest in Catalan culture. When it happens, the main streets of Barcelona are full of books and flower shops!

The legend of Sant Jordi 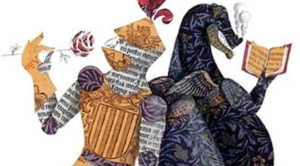 Once upon a time, the villagers of Montblanc, a little town of Catalunya, were terrified by a hungry dragon. Once it devoured all the animals of the area, it came closer to the village. Aware and scared that the dragon will attack them soon, the residents of the village decided to sacrifice one of them per day, choosing by drawing straws, the king and his daughter included.

And so the day came, when the King’s daughter was chosen. When the dragon was on point to attack her, the knight Sant Jordi suddently appaered and killed the dragon. From the dragon’s blood grew a beautifull red rose, wich the knight offered to the princess. Thankful, the King offered the hand of his daughter to Sant Jordi, wich he refused, prefering to live a lonely life and looking for adventures. 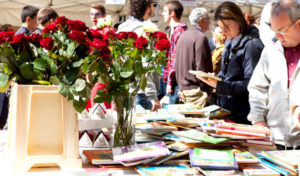 The tradition of the roses come from the legend of Sant Jordi, of course, and the books come from the international day of the book, announced in the year 1995!

So as the tradition is, during this day boys give a rose to the girls and girls give a book to the boys. Sant Jordi is the « love day » in Catalunya, but not only for couples, it’s also the day for the people that you care about. That way, you can also give a rose to your mother, your sister, give a book to your best friend…people that you love in general! For that, all the mainstreets of Barcelona get full of little book and rose stands, and are getting very crowded.

The tradition is also practiced at school, the pupils use to learn peoms and also give roses and books to their best friends and their little girlfriend and boyfriend ! So cute! 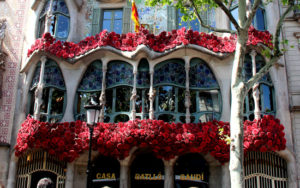 Do you know the real meaning of the Casa Battló’s facade? Actually, this famous Gaudi house represents the Sant Jordis Legend. The windows and balconies represent the bones and skulls of the dragons’ victims and when you look up, the highest balcony represents the Princess’s balcony. And inside the house,  you can also recognise the dragon’s skeleton, represented in the stairs and the top of the building is made with his scales. And finally, the pike that you can see on the top of the house represents the sword of the Knight Sant Jordi. Now that you know a bit of Casa Battló’s story, I invite you to visit it, wich is one of the most beautifull work of Gaudi. Interesting, isn’t it ?