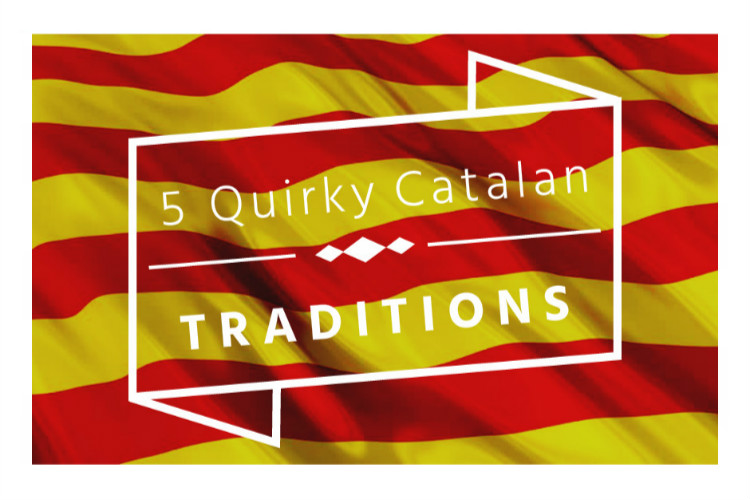 The Catalan region of Spain takes pride in its unique traditions surrounding holiday rituals, seasonal foods, and numerous themed festivals that take place year round. Planning a trip to Barcelona? Make the most of your experience & educate yourself (and be the first to impress your friends) with what’s poppin’ specifically in Catalonian culture during each time of year! 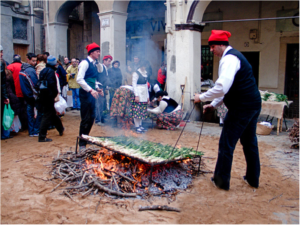 Typically, we don’t use the words “party” and “vegetable” in remotely the same sentence. Catalonians, on the other hand, make eating your veggies less of a chore and more of a fun social gathering between the months of November and April, when they celebrate Calçotada! The name of this festival is derived from the vegetable known as calçots (very similar to green onions/leeks/scallions), which are roasted over a warm open fire and dipped in romesco sauce. Pro tip: Add some red wine and bread to make your taste buds dance!! 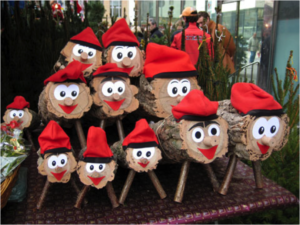 Just like American children receive presents from Santa Claus and Elf on the Shelf, Catalonian children depend on their Tió de Nadal, or “poop logs” to bring them some Christmas goodies. Literally, these are little tree stumps with faces painted on them that receive candies, food, and a blanket every night from December 8th (feast day of the Immaculate Conception) until Christmas Eve. Possibly the best day of the year for the little ones, they wait in anticipation until they can beat the log with a stick while singing the Caga Tío song, begging for their Tío de Nadal to poop out some toys and sweets! 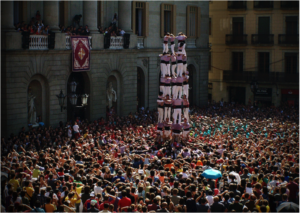 If you love to be entertained and like to spend all your time outside, September is arguably the best time for you to visit Barcelona. La Mercè encompasses a ton of awesome Catalan traditions you may have heard of such as Castellers, the Catalan Wine Fair, and La Sardana. If you have siblings, you’ve probably made human sandwiches, squishing your brothers and sisters on the floor or the couch. Similarly, Castellers involves people carrying as many others as they can fit on their shoulders, creating human towers in which they can compete with other groups of people to see who can maintain it for the longest. If you love dancing (particularly in circles) La Sardana is the place to be! People of all ages/ dancing skill levels gather round and move their bodies to live music, celebrating brotherhood and being together in the moment. During La Mercè you can see and even participate in other street performances with talented artists, dancers, and musicians commemorating the beginning of the fall season. 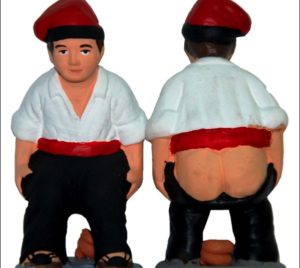 Keeping with the poop trend, another personal favorite of mine is called Caganer, which translates to “the pooping one”- Essentially, this popular children’s tradition surfaces around Christmas time, where a pooping male figure is placed in nativity scenes for kids to find. What’s fun about this is that there’s many hilarious renditions and variations of the Caganer – from professional athletes to political figures (I’d love to see one of Donald Trump if it exists out there;)). And let’s admit it, pooping is a timeless theme, so don’t feel ashamed if you get half as much of a kick out of this quirky tradition as I do. 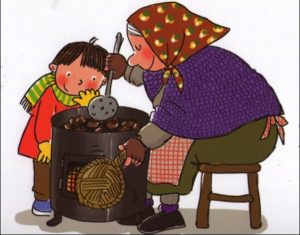 Día de los Muertos, Halloween, All Saint’s Day, and more involve celebrating ghosts and spirits around the end of October/beginning of November. The Catalan region, too, remembers the dead with the festival of Castanyada, where you may see toasted chestnuts wrapped in newspaper for sale all over the streets. Sweet potatoes, panellets (marzipan flavored biscuits), and glazed/candied fruits are also eaten in the home and in the community in general. The castanyera, an old woman wearing peasant clothing and a headscarf, serves as the mascot or symbol of the event.

3 Flea Markets you Should Check Out this Spring!