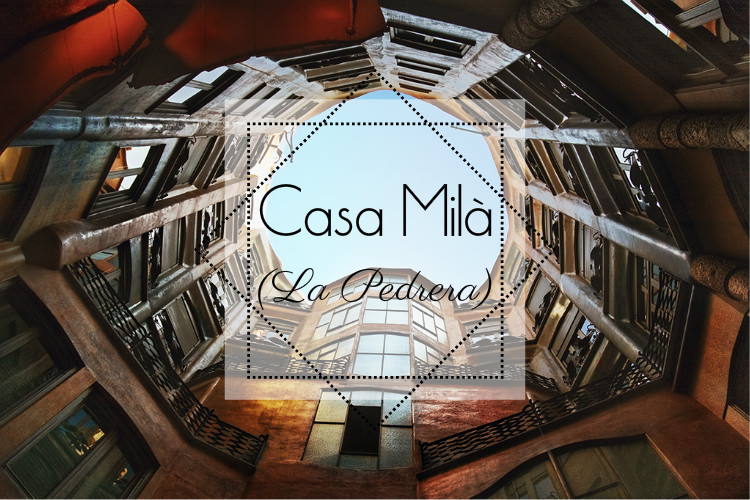 
The world famous architect and father of the modernisme movement in Catalunya, Antoni Gaudi, built many of his finest accomplishments in the northern barrios of Eixample and Gracia. One such project was the curious building called Casa Milà (typically referred to as La Pedrera). It was constructed in 1912 as a residential complex in the developing street called Passeig de Gracia. The house attracted controversy from the moment of its groundbreaking – mostly because the building’s facade was unlike anything anyone had seen before. The rolling solid moulding of stone mixed with the twisting movements of the iron balconies (apparently designed to mimic waves crashing against stone) truly are a strange sight to behold. The original builiding housed large apartments on each floor, but were later divided to make more than 13 flats throughout. The main floor served as a commercial space for several business who rented the space. 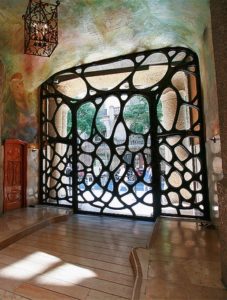 Today, La Pedrera is one of the most famous stops along any guided tour of Barcelona. The building now functions as a museum, preserving the memory of Antoni Gaudi’s vision. Visitors can wander the many floors of Casa Milà, checking out the corridors, the courtyard, the rooftop, the main staircase, the famous arches, the loft and some custom furniture designed by Gaudi himself! In addition to running as a museum, La Pedrera also hosts several nighttime functions on its iconic rooftop. It’s even possible to rent out the space for work and personal events! There are several different types of entry tickets for visitors to choose from, like a basic daytime ticket, a premium tour and an exclusive nighttime experience called  Gaudi’s Pedrera: The Origins. Ticket prices range from 21€ – 40€ depending on the ticket you choose. Finally, on the buildings main floor you will find the Café de La Pedrera. Here, diners can indulge in tasty modern cuisine while marvelling at Gaudi’s famous interior design!